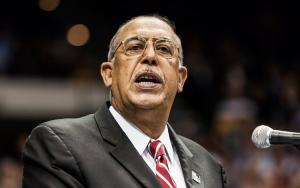 Russel L. Honoré is known as a retired American lieutenant general. He is most famous for being the commanding general of the U.S. First Army at Fort Gillem.

Lieutenant General Russel L. Honore was born in 1947 and brought up in Lakeland Louisiana. He received his bachelor’s degree in Vocational Agriculture from the A&M College. He got his master's degree in Human Resources from Troy State University. He was also given an honorary Doctorate in Law and Humane Letters by Stillman College.

Russel got married to his wife, Beverly in 1971. They gave birth to children named Stephanie, Kimberly, Michael, and Stephen.

Honore led the Department of Defense in its management of Hurricane Rita and Katrina. When Hurricane Katrina whipped into the banks of Mississippi and Louisiana on August 29, 2005, the outcomes were disastrous. Property harm was serious all through the region but in New Orleans, the circumstance was intensified by the disappointment of the city's broad levee framework, which had been worked to protect the low-lying city from flooding from contiguous Lake Pontchartrain. After the tropical storm, numerous regions of the city were totally submerged; streets into and out of the city were blocked, power and correspondences were cut off, and crisis supplies couldn't get in. In spite of the fact that approximately 80 percent of occupants had cleared the city before the tempest, the individuals who had either decided to remain or who had been not able to escape confronted outrageous dangers.

He has led over 220,000 military personnel, 20 ships, and 200 aircraft in the recovery tasks performed in Louisiana, Mississippi, and Alabama. Honore joined CNN as the emergency preparedness contributor. His work functions at CNN include reviewing the actions taken by the government during crisis situations and the recovery actions performed by it. He also provides necessary help in disaster management, recovery, and response in reaction to the reports given by CNN during natural disasters and other crisis filled situations.

General Honore has used his 37 years of experience in the military to lead organizations and businesses in a bold and straightforward manner aiding them to be prepared well for the challenges they will face in the future. He has more than one occasion shown how the private and public sector can solve the issues that they face daily by proper risk assessment, social entrepreneurship, and giving importance to innovation.

Lt. General Honore has been honored with numerous awards and recognitions throughout his career which includes the Mc Donalds 365 Black Award in 2010, the Acadian Museum Order of Living Legends and Southern University Alumni Federation honoree in the year 2009, Key to the City, Riverdale, Georgia and Key to the City, St. Bernard Parish, Louisiana in the year 2007.