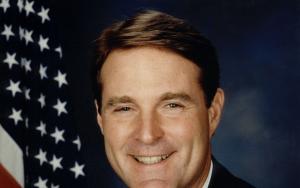 Evan Bayh or Birch Evans Bayh, is an American national, a lawyer and a politician, who also served as a U.S. Senator, junior from Indiana since 1999 to 2011. From 1989 to 1997 he held the office as the Governor of Indiana, as the 46th governor.

After completion of two terms as Governor, he left to take up a job in School of Business, Indiana University, as a lecturer. Then he contested and elected as Senator, the position which once belonged to his father.

In 2010 he decided to not to contest in reelections, and joined a law firm as a partner in Washington D.C. He also joined Apollo Global Management, as an advisor. He was appointed as Fox News contributor in 2011.

Born in Birch family, already in a politics background, on December the 26th 1955, his native land is Indiana. His father was also a senator till 1981. He went to St. Albans School in Washington and later graduated with a degree in Business economics and Public Policy, from Indiana University School of Business. He also holds a doctorate degree in Law from School of law, Golden Gate University, from California.

He earned Juris Doctor Degree from School of Law, Virginia University and joined as a clerk to a federal Judge office, before he started his own private practice.

Hailing his position and politics from his father, Evan served at various positions in U.S. politics. Evan was only democrat to hold the Governor’s office in Indiana in twenty years. He achieved the position by defeating a republican. He was reelected in 1992 with a land slide victory creating a history. His tenure was considered as good in terms of economy and was praised highly.

He was remembered for low taxes, new vacancies, and good governance. He also concentrated on high standards in education, campuses rising, law binding, and funding to the development cause. Free school lunch was distributed during his tenure and students were made aware illegal drugs.

Evan won his seat as a senator with a large margin of 64 %, a record for a democrat contestant. During his term he worked on many social issues like; housing, banking, urban area development, trade and finance.  During recession times he worked hard to bail out the financial bodies and nation. He was an amid supporter of President Bush’s policies.

Evan announced his retirement from contesting an election again, in 2010. He has announced it one day short for final nominations, so no democrat contestant was able to fill up the nominations, and the congress won the seat easily.

Evan wrote his auto biography in 2003, titled From Father to Son: A Private Life in Public eye. In the book he narrated the importance of fatherhood in life, and his experience of growing up as a son of a politician father.

FAQ: How old is Evan Bayh?