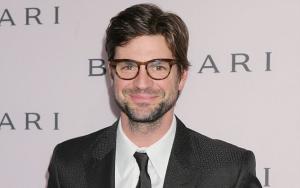 Gale Harold full name is Gale Morgan Harold III who is an American Actor. He was born on 10th July, 1969 in Atlanta. Gale is son of an engineer father and a real estate agent mother. Gale has a younger brother and an elder sister. He is active in Hollywood industry since 2000 to present.

Both his parents were Pentecostal, so that he was given a strict religious education until his age of 15 when he decided to leave the church. After he graduated from The Lovett School, he attended soccer scholarship in American university of Washington DC. Gale started studying Liberal arts in romance literature then arrived San Francisco and got admission at the San Francisco Art Institute in the study of photography. In his early life he worked as a bartender, waiter, restorer and motorcycle mechanic apprentice. In 1997 his friend, Susan Landau suggested Gale to try for acting. Then Gale moved to Los Angeles to study 3-years program of intensive drama.

He was casted as Brian Kinney in Queers as Folk, a famous gay drama, in 2000. He played Peter Bacanovic in Martha: Behind bars in 2005. In Vanished 2006, he played the role of Agent Graham Kelton. Later on he played as Charles Mead in The Secret Circle (2011-2012).

During his shooting of Vanished (2006) he shot a short video for the Amber Watch Foundation to show his support about missing children.

On 14th October, 2008 Harold met a motorcycle accident and was hospitalized at USC Medical Centre’s ICU. He remained in critical condition after swelling of the brain as well as fractured shoulders. Then he was subsequently released from ICU.

Gale prefers to keep his personal life way from the media so it’s hard to tell if he is dating anyone or is single. He has not married till now so there is no question could be answered about his wife. Because he portrayed a gay character in Queer as Folk, he was rumored to be gay in his real life. But he denied the rumor saying that he is straight. He told that he is focusing his time in his career and enjoying it at the fullest.

As per source Gale Harold’s estimated net worth is approximately $1.5 million.

FAQ: How old is Gale Harold?