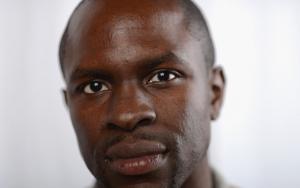 Gbenga Akinnagbe is an American actor best known for his roles on the Home Box Office series The Wire. Gbenga Akinnagbe was born on December 12, 1978, in Washington D.C.; his parents are from Nigeria. Gbenga was raised in Silver Spring, Maryland and received his undergraduate degree from Bucknell University, where he was a star wrestler.

Gbenga Akinnagbe has appeared in several films, including The Savages, with Philip Seymour Hoffman, the remake of The Taking of Phelam One Two Three and Lottery Ticket. Besides his role on the Wire Gbenga has appeared on the television shows 24: Live Another Day, The Good Wife, and Nurse Jackie. In addition to being an actor, Gbenga is also a freelance writer for the New York Times. Gbenga has produced two articles for the Times, one recounting a trip to Nepal to climb the Himalayas and the other outlining medical procedures he underwent to correct his flat-footedness.

FAQ: What is Gbenga Akinnagbe networth in 2020?