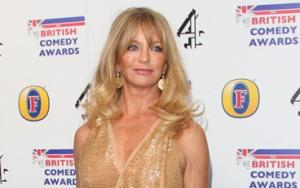 Born on 21 November 1945 Goldie was a very bright child who was always interested in doing new stuff and playing around. She was born and raised in Washington, USA to Laura and Edward Rutledge Hawn. She was born into a very wealthy family and so had everything at her disposal from a very young age. She was enrolled in a nearby local school for her primary education. She was very inclined towards dancing from a very young age and so her parents made her take ballet dancing and tap dancing classes. In 1955 she appeared in The Nutcracker a ballet produced by the Ballet Russe de Monte Carlo production. Her first on-stage break was for the play Romeo and Juliet in 1961 in which she played Juliet. By this year she dropped out of American University to pursue a career in dancing. She started teaching at different dance classes and earning some money in the process. She also became a professional dancer for the New York World's Fair

In 1967 she got a chance to play a role on the screen which she grabbed with both the hands and rest are history. She appeared in the movie Good Morning, Wolrd for the very fist time. She came to people notice when she did Rowan & Martin's Laugh-In which was a sketch comedy. She was seen as the perfect girl in that decade. For the next few years, she did some very good moves such as Cactus Flower, Butterflies are Free and There's a Girl In My Soup. For Cactus Flower, she was given the Oscar award for best-supporting actress in 1969. Her movie Lovers and Liars which was released in 1979 was a very big blockbuster which broke many records for movie earnings. She continued doing some very good comedies like Protocols, Private Benjamin, Wildcats and much more. She was nominated for the best actress for the movie Private Benjamin. She later switched her career to TV focusing more on TV series than on movies. This phase of her life was as successful as the previous one.

She has been married twice. Her first marriage was with Gus Trikonis in 1969 when she was very new in the industry but this marriage didn't last long and they had to go through a divorce in 1976. She later married Bill Hudson in 1976 and had a daughter Kate Hudson with him. She also grew up to be a very successful Hollywood actress. She divorced her second husband in 1982 following some misunderstanding between them. After her split from the second husband, she started dating Kurt Russel who is himself an actor from the USA. She currently lives with her partner Kurt in New York. She also had a child with him whom she named Wyatt Russel. In 2000 she won the prestigious Elle Women award that is given to a woman who has done great things in her career and for the society. She can be followed by her fans on facebook and twitter. Her biography can be read on Wikipedia and IMDB as well. Her net worth is estimated to be around $60 million.

FAQ: How old is Goldie Hawn ?