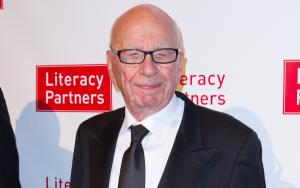 Rupert Murdoch is an Australian born and American citizen known to be a media Mogul. The father is Keith Arthur Murdoch and he had been a reporter, editor and also a senior executive for Herald and Weekly Times Newspaper that was covering the entire Australia but not New South Wales. After the death of his father in the year 1952, he refused to join the registered public company of his father and started his own company called News Limited. With this company, he had the full control and he was the chairman and also the CEO for Global medial Holding company News Corporation. By now, it is the second largest media conglomerate in the entire world. After the split of conglomeration, the two successors became 21st Century Fox and News Corp.

In the 1950s and in 1960s, He acquired a number of the newspaper in New Zealand and in Australia and afterwards, he expanded to United Kingdom in the year 1969 and he took over News of The World and then The Sun. In 1974, he moved and started to live in New York City when he wanted to expand into the US market but continued with the interests in Britain and Australia market. In the year 1981, he bought the Times, and it was the first British Broadsheet and he became US citizen after giving up the Australian citizenship in order to get US television ownership since this was requirement.

From his biography, Rupert Murdoch’s father Keith Murdoch met with his wife after seeing her pictures in his newspaper and they got married in the year 1928. She was 19 while he was 23. Besides Rupert Murdoch, the two had daughters, Helen Handbury, Anne Kantor and Janet Calvert-Jones. Rupert Murdoch attended the Geelong Grammar School and he was a co-editor in the official journal of the school called The Corian. He went to Worcester College in Oxford in England where he did Philosophy, Politics and Economics. Her mother Elizabeth Murdoch born Elizabeth Joy Greene was from a wealthy jewish family based in Australia. Murdoch tries too much to hide that he was raised up like Jew.

Rupert Murdoch got married for the first time to Patricia Booker and they had only one daughter together. His second wife was Anna Maria Torv. During this marriage, he was named Knight Commander of the Order of Saint Gregory the Great which is a papal honor that was given by Pope John Paul II. They have 3 children. In 17 days after the divorce with a second wife, she got married to Wendi Deng, when he was 68 and she was 30. They got 2 daughters together. She got married to jerry hall, a former model in 2016 when he was about to be 85 years old and she was 59 years. His net worth is 11.6 billon USD.

FAQ: How old is Rupert Murdoch ?