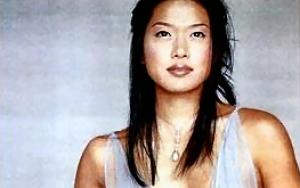 The space television series went on to become a great hit. It had a very gripping script and the audience applauded Grace’s performance all the way. She also experimented with the role and always put up her best performance. It is usually very challenging to do a main lead female character in a sci-fi genre movie but Grace won the hearts of fans for her portrayal.

Park also starred as Officer Kono Kalakaua in the CBS television series Hawaii Five-0 which made its debut on September 20, 2010. Park once explained in an interview that when she was offered Hawaii Five-0, she had no idea about the project. All she knew was what people told her. She was surprised to learn that Hawaii Five-0 meant “To Hawaii”, “to the people of Hawaii”. The show turned out to be a life changing event for her because it was the first time she was on a lead role on an American national TV channel.

Some other notable roles of hers include a role in the 2007 movie West 32nd, co-starring roles in A&E’s The Cleaner” and CBC’s The Border. She was also in the Fox series Human Target as Eva Kahn, the main character of the series.

Grace Park was ranked 59th in Maxim Magazine’s 2011 Hot 100 List, 93rd in Maxim’s 2006 Hot 100 List, and 81st on Maxim’s Hot 100 of 2005 list. She made her way onto the 2014 Asian Hall of Fame. Upon her achievement, Grace felt like sharing what it meant to be honored. She said, “It is both an honor and surprise to be inducted into the 2014 Asian Hall of Fame. Since I work and live under the pretense that no one sees it, and I remain totally anonymous, I suppose I must reconsider that if I allow myself to accept this honor. Until recently I was not aware of the Asian Hall of Fame, so not only will I explore what it means, but I will surely be telling my family that I finally made it, and never have to get a real job after all”.

FAQ: How old is Grace Park?

Quick Facts
Help us Edit this article and get a chance to win a $50 Amazon Gift card.
Last Modified: Apr 25 2020
You may also like
articles you may like