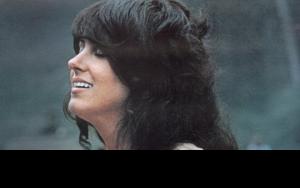 Grace Slick is an American singer, songwriter, and musician most widely known for her affiliation with the bands Jefferson Airplane and Jefferson Starship. Grace Slick was born Grace Barnett Wing on October 30, 1939, in Highland Park, Illinois; her family moved to the San Francisco suburb of Palo Alto in the early 1950’s. Grace attended Palo Alto Senior High School and Castilleja High School before going on to Finch College in New York City and the University of Miami in Coral Gables, Florida. Slick’s first band was known as The Great Society and featured herself, her husband, Jerry Slick, her husband’s brother, Darby Slick, and David Milner. The band was a popular attraction in the Bay Area but when Jefferson Airplane’s singer left the band to have a baby, Grace joined them. The band began performing new music, some of it written by Grace, and they turned from a folk-rock style to a more psychedelic direction.

The band released the album Surrealistic Pillow which included the Grace Slick penned “White Rabbit” and the Darby Slick penned “Somebody to Love”, both of which became top ten hits. Grace Slick has been married twice, first to fellow musician Jerry Slick, from 1961 to 1971, and then to Skip Johnson, from 1976 to 1994. She has one daughter, China Wing Kantner, who was born in 1971 and whose father is Jefferson Airplane guitarist Paul Kantner.

FAQ: How old is Grace Slick?