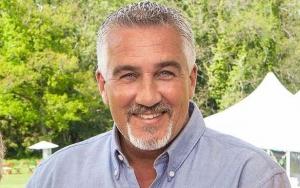 Paul Hollywood is an English celebrity chef and television personality who is perhaps best known for being a judge on the television show The Great British Bake Off. The Great British Bake Off is a British television competition show that pits amateur bakers against each other during a series of elimination rounds. The show, which has been broadcast since 2010, is said to have become a significant piece of British culture. Paul John Hollywood was born on March 1, 1966, in Wallasey, Cheshire, England; the son of a bakery owner. Paul attended The Mosslands School and later studied sculpture at the Wallasey School of Art. He worked in his father’s bakery, a chain called Bread winner, in York and then in various bakeries in Merseyside, a metropolitan county in North West England.

He went on to become head baker at various hotels including The Dorchester, Chester Grosvenor and Spa, and the Cliveden Hotel. In 2008, Hollywood created an almond and Roquefort sourdough bread that was said to be the most expensive bread in Britain and sometimes referred to as the Rolls Royce of loaves. Paul began a racing career in 2015 and made his racing debut in the Aston Martin Vantage GT4 in the Britcar Trophy Championship.

FAQ: How old is Paul Hollywood?

FAQ: What is Paul Hollywood networth in 2020?