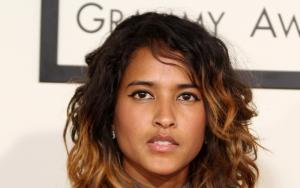 Helen Lasichanh was born on July 22, 1980. Helen Lasichanh is a model, designer and stylist. She is most known for being the wife of famous musician and producer, Pharrell Williams .

According to Pharrell, Helen told him that he stole her heart, the first time he saw her at a dinner party. It was love at first sight for the future couple. But Helen has a completely different version of the story. She claims that when she first met Pharrell, she already had a boyfriend and she did not look at him twice. She was very serious with her previous boyfriend and he did not show any kind of interest towards him. She considers herself to be a very loyal girlfriend when she is in a relationship. She is committed to her man and does not try to disrespect him by showing interest in other men.

Helen admits that after a few days, she started talking to Pharrell. He knew that she was taken so he wanted to be respectful of her relationship. He decided to be just her friend for over two and half years until she was single. Even when she became available, it was still difficult for Pharrell to win her heart. She was going through a very tough stage in her life after her break up. She was really attached to her ex boyfriend and had a rough time trying to get back on her feet. Pharrell stood beside her as a strong supporter and a shoulder to cry and lean on. It was during this period in her life when she started to fall for him. From an interview she did with Oprah, she said that she was playing hard to get and she was not even responding to his texts. She wanted to test his patience and intentions. She wanted to know whether he was going into a serious relationship with her. She was aware of the fact that he was a womanizer and she did not want to get her heart broken again.

The strategy she was using worked and he had to double his effort and determination to get her. Finally, the couple became united. It was a great day for both of their followers and the social networking platforms were flooded with their pictures and the news of their union. A few websites wrote blog posts to elaborate about her and about her new relationship with Pharrell. He was a big time music producer so the world was interested in finding out who his new love interest was.

They dated for five years before they decided to get married in 2013. She still looked stunning and beautiful during her wedding. The couple had a big fat wedding and invited many relatives and friends to their ceremony. Usher and Busta Rhymes were in charge of the concert at their wedding which had upbeat music playing for the guests. The couple also planned a honeymoon trip for the next day after their wedding was scheduled. Both of them are happy to married to each other. The couple is in deep love with each other and they love to refer to each other by cute pet names. Pharrell had said it is good for everyone to marry his or her best friend because every day is like a sleepover. Helen enjoys the playful chemistry they have because she believes that one cannot enjoy the relationship if it is too formal.

Pharrell says that he is never going to stop adoring her unique beauty. But he said it not only her beauty that makes him fall in love with her again and again after many years of marriage. It is also her benevolent and supportive nature that makes him want her more every day.

FAQ: What is Helen Lasichanh networth in 2020?