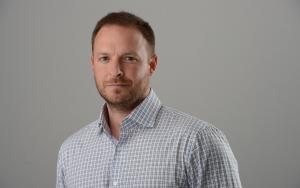 Ryen Russillo is known as an American sports journalist and host. He is most famous for his work at ESPN.

Ryen Russillo was born on August 5, 1975, in West Tisbury, Massachusetts. He spent most of his childhood days in Wyoming. He has a sibling named Vaughn Russillo. He completed his college studies at the University of Vermont and graduated in the year 1997. He was a part of the Sigma Alpha Epsilon fraternity during his college days and was also doing an internship with WCAX.

Ryen Russillo initially worked with the Trenton Thunder as their play-by-play man and then went on to host The Die Hards from 2003 to 2005 in Boston, Massachusetts. After this, he shifted to the city of Hartford in Connecticut. His work as the host of The Die Hards helped him gain popularity, and he was appreciated for his work.

He started working with the New England Patriots as a commentator but soon let the work due to some personal issues with John Dennis. He hosted the show GameNight, All Night With Jason Smith, and The Doug Gottlieb Show, Before this, he was also the host of The Baseball Show, Radio College GameDay on ESPN and NBA Sunday.

He is very popular among sports fans and gets a lot of appreciation for his commanding and strong voice. Owing to his maintaining his public figure, he has a lot of fans all over the world. He is also very active on social media sites like Twitter and Facebook and interacts on a regular basis with his fans. As a public sports figure, he frequently gets into online discussions with sports fans.

He has worked with Gary Tanguay and Greg Dickerson on the New England Sports Tonight, a show on the Comcast Sportsnet. Danny Kanell, a former NFL player, succeeded Scott Van Pelt to co-host the show with Russillo in the year 2015. Russillo also worked with the Boston Celtics as their studio analyst.

He has also worked at the NFL Draft and hosted various baseball shows. He was also seen as the host of Trico and Van Pelt and The Doug Gottlieb Show. His show Russillo was formerly called The Scott Van Pelt Show, and it involves two friends and many fans who discuss the various aspect of sports. In the year 2007, Russillo was declared as the Best Radio Voice by Richard Deitsch of Sports Illustrated. He is now closely working with ESPN network and is known to cover all major sporting games including baseball, football, and basketball.

Very little is known about Ryen Russillo's personal life. There is no public information about his girlfriend or wife. He likes to keep his personal life private.

Ryen Russillo is a great cook and in his spare time; he loves to cook as well as play football. He also loves to listen to different kinds of music. He is also a follower of the latest trends and likes to dress up according to the latest fashion.

FAQ: How old is Ryen Russillo?

FAQ: What is Ryen Russillo networth in 2020?