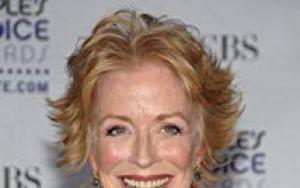 Holland Taylor is known as an American actress and playwright. She is most famous for her role on the ABC drama, The Practice as Judge Roberta Kittleson and for playing Evelyn Harper on the CBS hit comedy sitcom, Two and a Half Men.

Holland Virginia Taylor was born in Philadelphia, Pennsylvania. She was the third born daughter of her mother, Virginia and the only child of her father, C. Tracy Taylor. Her mother worked as a painter and her father worked as an attorney. She spent her teenage years in Allentown where she got the nickname, "Penny Taylor" because of the coppery color of her hair. She attended Quaker schools before going on to major in drama at Bennington College.

She moved to New York with the desire to become a big name on the acting stage when she was 22 years old. She had to suffer through 15 years of disappointments and near misses before she caught her big break as Ruth Dunbar in the sitcom Bosom Buddies in 1980. She starred in it with Tom Hanks but little did she know that he would become the huge start that he is today.

Holland won the 1999 Primetime Emmy Award for Outstanding Supporting Actress in a Drama Series for her role as Judge Roberta Kittleson on The Practice.

FAQ: How old is Holland Taylor?

FAQ: What is Holland Taylor networth in 2020?