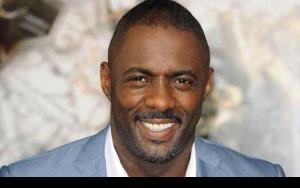 Idrissa Akuna or simply Idris Elba was born in 1972, September 6 in Newham, London. His father Winston was a worker at Ford motor factory while his mother Eve worked as a cleric. Idris' parents moved to the United Kingdom after they got married in Africa. The first time Idris started acting was at his school in Canning Town. But acting was not enough for him. In 1986, he started DJing and founded a company with a help of a few friends.

After leaving his studies in 1988, he decided to pursue his career in acting but to support himself he had to do some menial work and he also was a DJ in a couple of nightclubs.

The first time Idris Elba got his big break-trough was in the great HBO drama series called The Wire where he played Russell Bell, also known as "Stringer". This is probably the role everyone associates Elba with when they think about him, especially those in America. Among other noticeable appearances on the television the actor starred in The Office as Charles Miner and he also spend a lot of time on British drama called Luther, where he plays DCI John Luther.

Although Idris Elba worked in a lot of television series it seems like he is becoming an actor that is more associated with movies. A couple of more memorable roles include Mumbles in British crime comedy Rocknrolla where he worked with such high-profile actors like Gerard Butler and Tom Hardy. Elba also plays a Norse god Heimdall, protector of the Bifrost, in Marvel's Thor movies and in the Avengers: Age of Ultron. The Brit also did some voice acting. He is set to appear on screen as Shere Khan in the new Disney adaptation of The Jungle Book and is rumored to appear on Finding Dory, a sequel to the successful Pixar movie Finding Nemo. Elba is also set to be playing Roland Deschain in a movie that is based on Stephen King's critically acclaimed book series The Dark Tower.

Idris also did some work in the music industry. He had DJ gigs in NBA All-Star parties and was also the one to warm up the crowd in Berlin during Madonna's Rebel Heart Tour.

Idris Elba had his first marriage in 1999 with Hanne Norgaard. They divorced in 2003. Norgaard gave birth to Isan before the husband and wife got separated. He also had a one-day marriage with Sonia Nicole Hamlin. Most recently Idris was dating Naiyana Garth and the couple had a son named Winston. Unfortunately, the couple is no longer together.

The actor claims that he is not a religious person but thinks of faith as something that is more spiritual.

Elba is known as a big Arsenal F.C. supporter.

Idris Elba was declared sexiest man in the year 2013 by Essence and had more nominations in other magazines or websites as someone who is a good looking person and a sharp dresser.

In terms of his acting career, the actor has won a golden globe and 16 other different awards. He also got over 50 nominations for his work.

Despite the fact that Idris Elba is already in his early 40's it doesn't change the fact that he is one of the most famous British actors out there. Seeing him in a movie is a real joy for any cinema fan and it's hard to remember a time where his role was a disappointing one.

FAQ: How old is Idris Elba?