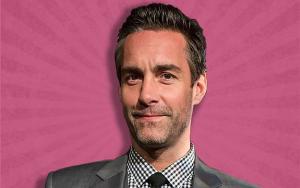 Jay Harrington is known as an American actor. He is most famous for his role on Desperate Housewives.

Jay Harrington was born on November 15, 1971 in Wellesley, Massachusetts. His mom is named Judy and his dad is Terry. He grew up with two brothers named Matt and Adam. Matt found a career as an actor.

Jay was a student at Wellesley High School. After graduating from high school, he went on to become a theater student at Syracuse University.

Jay Harrington did not have a high profile in movies and TV shows but he did have a couple of roles worthy of mention. The working class actor played Dr. Simon O'Keefe on Summerland. He was also on FOX's The Inside and NBC's Coupling. A police drama series called The Division is also on the list of shows Jay appeared on.

Jay's most famous role was in the well-known TV series Desperate Housewives, where he played doctor Ron McCready. He starred as a guy called Ted Crisp on a comedy show called Better Off Ted from the spring of 2009 to the beginning of 2010.

Harrington also has some movie appearances os his resume. Some of his credits include Whatever It Takes, American Reunion, and Anywhere But Here. The net worth of Jay Harrington is estimated at around 8 million dollars.

Jay says that he is a big fan of the comedian Amy Poehler. Jay admits that even on his off time, he can't turn away and he likes to watch TV series such as Grey's Anatomy or How I Met Your Mother. His all-time favorites, are The Wire and Brotherhood. The actor, Taye Diggs is someone he has been good friends with since their college days.

Jay got to be on the set of Private Practice with his buddy. Michael J. Fox is someone Jay admits he would love to work with in the future as an actor. When talking about his work on the film, Ted, the actor shared his thoughts about the importance of being in shape and how becoming older is slowing him down. The fact that he has to remember so many different lines and work many hours every day requires him to stay in shape.

The actor is not married but it seems that whenever the media features him, he is with a woman. There have been rumors claiming that Jay Harrington is gay.

Even though Jay does not have a portfolio as big as other actors he is still someone that women recognize and desire.

Jay is a person who likes to keep his body and physique in the best shape possible. He works out every day and tries to eat as healthy as possible. Jay's favorite non-healthy foods are steaks and potatoes, whereas in the healthy food department he prefers to eat fish and broccoli.

FAQ: How old is Jay Harrington ?

Quick Facts
Help us Edit this article and get a chance to win a $50 Amazon Gift card.
Last Modified: May 23 2020
You may also like
articles you may like