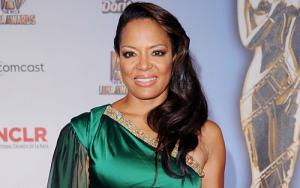 Lauren Velez is known as an American actress. She is most famous for her roles on Dexter, New York Undercover, Oz, and Ugly Betty.

Lauren Luna Velez was born on November 2, 1964, in New York, New York. Her parents moved to the United States from Puerto Rico in the early 1950s. Lauren spent her childhood in Brooklyn, Queens with her six sisters and one brother. Her twin sister Lorraine Velez is also an actress, often working as Lauren's double on sets. From an early age, these two girls entertained their family with acting and were always the first ones to apply for positions in any of the plays the school produced.

Velez always dreamed of becoming an actress. Her dreams started to become a reality once she got awarded with a scholarship by the well-known Alvin Ailey Dance School. After finishing high school, Velez and her twin sister began their careers as actors at the Acting Studio under the founding artistic director named James Price who was a pupil and a good friend to Sanford Meisner. Lauren also spent quite a long time studying Shakespeare with her fellow actor friend, Michael Howard.

Lauren Velez has a lot of movies and TV shows in her career resume. She got her first major role in television as Nina Moreno in the series called New York Undercover. She played the role of a policewoman. That same year was when she first appeared on film. She played Lisette Linares in I Like It Like That, which also starred Jon Seda and Rita Moreno.

Another show the actress is known for is HBO's Oz. The actress also worked with superstar Al Pacino on the set of City Hall. She had a long lasting role as Maria LaGuerta, a police lieutenant on the TV series Dexter.

Velez featured in and produced her one lady show while on a break during the shooting of Dexter. The one lady show debuted in Miami at the noteworthy Colony Theater where she filled the role of "La Lupe", Victoria Gaudalupe Yoli, Cuba's national fortune who as an artistic rebel, was expelled from Cuba. She later turned into the lead singer in New York City in the band of Tito Puente. About "La Lupe", Velez says that it's her purposeful venture. She started fundraising with plants to transform the one lady show into a film.

Lauren was married to Mark Gordon but got divorced in the year 2015, leaving her without a husband and a partner. Now the actress is giving all her attention to her stepdaughter and her career. Lauren Velez does not have biological children, but she does have 17 nephews and nieces.

FAQ: How old is Lauren Velez?