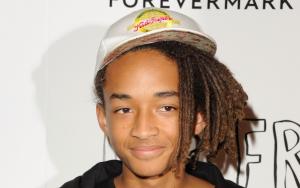 Jaden Smith was born on July 8, 1998 in Malibu, California, United States. Jaden Smith is the son of famous actors Will Smith and Jada Pinkett Smith. His full name is Jaden Christopher Syre Smith. He has one brother and one sister. He is an actor, songwriter and rapper who has some very good movies and songs under his name. He is one of the few successful actors who started their career in quite a young age and excelled in it. His father is a famous actor, rapper, producer and comedian who has won many awards for his performances. His mother is also an actor, songwriter and singer. He thus comes from a family of great artists.

Jaden Smith was born to parents who are actors. They have tried to give a normal upbringing to their children. Ever since he was small, he was said to have his own opinion and way of doing things which he considered right. His parents gave him the liberty and freedom of making his own choices for his life. He has been an actor and rapper since a very young age.

He along with his brother and sister are youth ambassadors for Project Zambi. This organization works for Zambian children inflicted with AIDS.

Jaden Smith started his acting career when he was just 8 years old. In fact, he made his first cameo appearance in 2002, in the movie ‘Men in Black 2’. At that time, he was only 4 years old. In 2006, he made his debut in the film ‘The Pursuit of Happyness’ where he acted alongside his father. Jaden won the Breakthrough Performance award for his role in this movie. After that he acted in a few more movies for which he was applauded for his performances. He also appeared in a few television series episodes.

Jaden also started rapping and performed in a song with Justin Bieber. In 2012, he released his very own album that included various rap songs. His net worth is estimated to be US$8 million. He is said to have received a total salary of US$3 million dollars for his role in the film ‘The Karate Kid’. It was a major breakthrough for him as he starred against Jackie Chan in that movie. His remuneration for the movie made him the highest paid child actor in Hollywood.

Jaden Smith also has his own line of clothes by the name of MSFTSrep. He is a versatile young man who is operating on many different fronts and excelling in all of them.

He has worked in the following films:

· The Pursuit of Happyness

· The day the Earth stood still

Apart from that, he has worked in a few episodes of the following television series:

· The Suite life of Zack and Cody

He also has done a few songs which include Mixtapes The Cool Café Vol 1 and vol 2. He has done some single numbers as well including Fast, Blue Ocean, Passionate and Offering.

FAQ: How old is Jaden Smith?