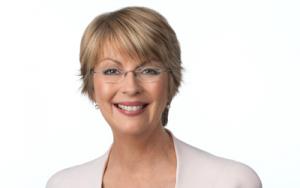 Jane Doyle is known as an Australian television presenter. She is most famous for her work for Seven Network at ABC Television.

Jane was born on February 10, 1958, in Adelaide, Australia. Prior to heading into a journalism career, Jane worked as a high school teacher in Queensland.

Jane Doyle is married to Ian Doyle who is also a journalist in television media.

To make things better in her life, Jane Doyle quit her secured teaching job in Queensland. In 1989, Doyle along with her husband Ian moved to Port Pirie where Jane was appointed as the Rural Officer of ABC Radio. Jane was also appointed as a part-time employee of The Recorder Newspaper where she managed her routine work as an announcer along with it. Jane’s husband was transferred to Adelaide, where he served as a reporter at ABC television’s countrywide show. Jane served in the print journalism industry for a two and a half year stint when she had the role of TV Week’s Adelaide Bureau Chief.

In 1986, Jane quit her work from her previous job and became a part of ABC Radio at Adelaide. She signed a six-week work contract there. She then got her permanent position where she had the responsibility of chief morning newscaster at ABC Radio. In 1987, Jane was lured by television media and she became a relief newscaster. In 1988, Jane got the opportunity to appear as a weekday newscaster representing ABC TV in Adelaide. Within a one-year time frame, Jane left ABC and became a part of Seven News. She has been serving at Adelaide’s Seven News for more than 15 years.

Jane has won plenty of prestigious awards in her journalism career. She won the Clear Speech Awards and Best TV News Reader Award. Jane is a part of the management committee at ASERNIP-S. She is one of the most popular and demanding television icons in Australia and she is an excellent spokesman and facilitator.

Her interviews are always found to be very interesting and also she enjoys interviewing popular icons in all mediums. She has shared the screens with many interesting and iconic personalities and has featured some worthy interviews. Jane has anchored the Carols by Candlelight program and also exhibited her singing talents while lending her voice for Christmas Carols.

In 2017, Jane Doyle was reeling from cancer. She was experiencing an episode of breast cancer that required a medical procedure and treatment. Her nephew, Josh was also diagnosed with cancer and passed away fourteen days later. While the Channel 7 newsreader was outfitting to host the 2017 Flinders Foundation Pink, Blue and Yellow Ball, which fund-raises for cancer research, she was distracted with the pain over the abrupt passing of Josh, whose Queensland memorial service she had spoken at.

Her own cancer diagnosis was shocking, to the point where she nearly couldn't believe it. She had made an impromptu visit to Breast Screen for a normal screening and afterward got a callback.

FAQ: How old is Jane Doyle?