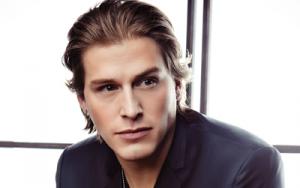 Jason Carroll was born in Westlake Village, California. The year of his birth has not been made public, neither is his family details available. His full name is Jason Frederick Carroll. Jason Carroll is CNN’s national correspondent based in the New York Bureau. He is an American Journalist who co-hosts the show Ahead of the Curve. This show is a morning news program telecast at the same time on both CNN/U.S. and the CNN financial network CNNfn.

Jason Frederick Carroll was born in Westlake Village, California. He studied at the University of Southern California in Los Angeles. He did his Bachelor’s degree in Literature and creative writing there.

Jason Carroll started his career in broadcasting, when he interned at the ‘RAND Corporation’ and ‘60 minutes’. He then joined KAKE, which is an ABC affiliate situated in Wichita, Kansas. He worked as general assignment reporter there. He later joined as the assignment reporter at WPIX-TV situated in New York. He also served as general assignment reporter for CBS 2 News in Los Angeles, before he joined CNN. Carroll started working for CNN in the year 2001. He has been reporting from CNN since 2001 and has done many key stories as news correspondent and show anchor for the morning news program there. He is among other speakers at the Dart Centre for Journalism and Trauma. This program is sponsored by the Colombia University graduate School of Journalism. The primary aim or objective for this award was to provide a means of ethical, innovative and informed news in regard to violence, tragedy and conflict.

During his career in broadcasting Jason Carroll has received many accolades and awards for his in-depth reporting style. Jason Carroll has been honored with the Edward R. Murrow Award for breaking news in the year 2011. He has also been nominated for daytime Emmy award for outstanding morning program.

Edward Murrow was born on the 27th of April, 1908 at Guilford County, North Caroline, United State. His born name was Egbert Roscoe Murrow. His father’s name was Roscoe Conklin Murrow and his mother Ethel F. (née Lamb) Murrow. Quakers were his family. Another three children, he was the youngest. He had a mixture of German, English, Irish and Scottish descent

Edward had lung cancer as a result of too much smoking. He died 2 days after his 57th birthday. The Edward Murrow Center of Public Diplomacy was created after his death. The Digital Collections and Archives at Tufts University has Murrow’s people which have been placed and made ready for research. It also have a website for such collection. This particular center has been recognized to awards mid-career professional and his followers who are involved in researching at Fletcher, including the impact of this new world information order.

The Radio Television Digital News Association in 1971, created the Edward R Murrow Awards, the aim of this award was to honor those who have done or had outstanding aichievement in electronic journalism field. This was not the only award on the name of Edward R Murrow but there are other four awards carried out in the honor of his works. This include the Washington State University Edward R Murrow Awards

Washington State University is the alma mater of Edward Murrow and in 1973, they decided to spread their communication buildings and created the Edward R Murrow Communication center. In 1990, they also started the yearly Edward R Murrow Symposium. There has been different film made to showcase his life and this include “Murrow”, an HBO broadcast in 1986. It was a biographical movie and the title role was Daniel J. Travanti and the supporting role was played by Robert Vaughn. The Insider was another movie and this was made in 1999 and Al Pacino played the role.

Edward R Murrow was a chain smoker. He lived and died a chain smoker. He was known for his trademark Camel cigarette and whenever you see him, you will see this cigarette. According to reports, he daily had to smoke a range of 6 to 65 per day. This is approximated to be three packs. The first report that has to do with how smoking and cancer are related was carried out by See It Now. According to Murrow, he cannot spend a day without smoking just to ease himself. Well at the end, he developed lung cancer. He went for operation on his left lung to be removed and after the operation, he lived for two years. He died just two days after his birthday at his home. He was aged 57 when he died. A memorial program was held for him.

Jason Carroll is also one of the speakers at the Dart Centre for Journalism and Trauma which is sponsored by the Columbia University Graduate School of Journalism. Its main objective is to provide innovative, ethical, and informed news on conflict, tragedy, and violence.

No personal details has been provide pertaining to his private life. No knowledge of him in a relationship with anyone. But it is strongly believe that he may be gay just like his fellow reporter Anderson Cooper. But all this, is nothing but a chitchat and we have not confirmed these reports about his personal life. No details about his family nor his relation. Currently, his net worth is unknown and annual salary. But we won’t relent but keep searching until we found anything that is news worthy to keep you undated about this handsome guy that ladies keep crushing on.

FAQ: What is Jason Carroll networth in 2020?