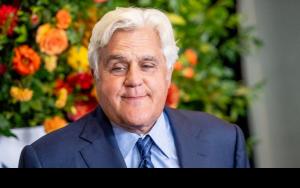 Jay Leno is known as an American comedian, actor, writer, producer, and television host. He is most famous for being the former host of NBC's The Tonight Show. He was the host on the show from 1992 to 2009.

Jay Leno began his comedy career in night clubs. He worked 300 nights a year before finally hitting it big in 1992 with his own late-night talk show, The Tonight Show with Jay Leno. It was not an overnight success for Jay Leno. He had worked hard to get to the spot that many of his peers coveted. There was nothing more rewarding for a hard working comedian than getting to host their own talk show on a national network like NBC.

For many years, he served as Johnny Carson's permanent guest host on The Tonight Show Starring Johnny Carson. The experience got him ready and made him a suitable candidate to eventually become a host himself. He was a big, sweet guy with a very good comedy routine but he had to beat his fellow comedian David Letterman to inherit Carson's seat when Johnny retired from his post in 1992.

FAQ: How old is Jay Leno?