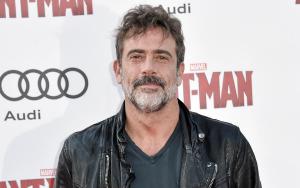 Jeffrey Dean Morgan is a famous multi-talented American actor. He was born on 22 April, 1966 to Sandy Thomas and Richard Dean Morgan. He has been feature in almost 25 films; television series done by him have garnered a lot of success. The year 1966-67 made him star of the television series named The Burning Zone for his appearance in this series!

Morgan is well known for his great acting! He had acted in different roles starting from comic role, drama, horror super hero and non-superhero roles. Being a handsome and a famous celebrity, his personal life isn’t hidden. He was hitched to an actress Anya Longwell on 30 May 1992 and got divorced in 2003. He then later had 4 relationships; one of them was with Mary-Louise Parker for nearly 2 years in 2006 and had announced of getting engaged in 2008 February, but then ended breaking up in April.

In one of his appearances on a famous American show which is broadcasted live late night by Jimmy Kimmel, he had answered that he had one son mentioning about the son he had from his current girlfriend Hilarie Burton. They were not married, yet rumors say they have got hitched in 2014!

Morgan resides in upstate New York with his current girlfriend and 6 years old son. In his spare time, he enjoys reading, listening to his favorite band, barbecuing on the grill, reading, painting and watching movies and loves to connect to team Seattle Seahawks, which is his home team. He loves pets too too: he has two dogs named Bisou and Bandit whom he loves the most! He had also made a painting which he donated for the event that collected money to get shelter for cats and dogs in California.

Morgan has been truly known for his TV shows, Grey’s Anatomy, Magic City and the most famous one Supernatural. His acting has been well appreciated in many television serials including John Winchester, The Comedian, Negan, Batman v Superman: Dawn of Justice being few of them. Before getting into acting, Jeffrey Morgan had been a football and basketball player. He played football in his junior and high school, which is located in Kirkland. He stopped playing basketball from his college time, since he got injured, while playing.

Morgan has done 25 of total movies, but his career on television is bigger than that. He has acted in 28 television serials, having his all acting skills tested. He has acted for different roles in all of his serials ranging from a drama role to horror. The Burning Zone, Extant, Texas Rising, Weeds, Magic city have been some of his great shows on television. His two recent ongoing shows are The Walking dead and The Good Wife.

He has been quite active on his twitter account @JDMORGAN, he keeps posting his pictures with his lovely dogs, Bisou and bandit, his achievements, time spent with friends , long time love Hilarie and their son, Augustus! One instagram id hails in the name of jdmsproperty which seems to be his own id has 1176 followers, which keeps on increasing with his new uploads and shares. Morgan’s annual salary to be estimated as $250,000 per annum which excludes income from his side income from sponsorships and various other television activities!

FAQ: What is Jeffrey Dean Morgan networth in 2020?