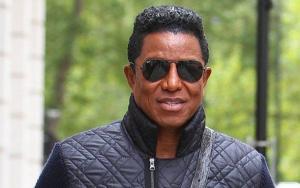 Jermaine Jackson is an American singer, guitarist and music composer as well, best known as one of the ban members of the band The Jackson 5. He has also directed and acted in a couple of movies and is actively working as a record producer, who has been involved with musicians like Bobby DeBarge and Whitney Houston. He first started out when he and his brothers signed with Steeltown Records in 1967, and a year later with Motown Records. He was one of the co-lead singers of The Jackson 5 after his brother Michael. They have worked together in songs like "Dancing Machine", "I'll Be There" and "The Love You Save".

For six years, he was with the band performing on many tours and recording albums as well as songs that were hits too. They decided to sign up with Epic Record in 1975, after their assumption that Motown Records wasn’t paying them fairly. But Jermaine was married to Hazel Gordy who was the daughter of Motown Record’s founder Berry Gordy and so he decided to stay with the label, to which his brother and friends disapproved. Thus, he separated with the band and started a solo career, but didn’t approve the name The Jackson 5, as he had come up with that one. Once signed with Epic Record, the band was named The Jacksons whereas Jermaine has his own career and they got reunited while performing at the “Motown 25: Yesterday, Today, Forever”, a TV program. He rejoined the band in 1984 and released the album named Victory and also attended the tour.

Jermaine was born on the 11th of December, 1954 in Indiana, United States of America into a black ethnicity. He was born as the youngest of four children to father Joseph Jackson and mother Katherine Jackson. He is an Islamic by religion, to which he was converted in 1989, after travelling to Bahrain. He was inspired into singing by his brothers who were all interested in the music of that era. They used to perform in several occasions, and while others played in instruments as well, Jermaine only worked with the vocals first. He learned to play piano at the Birmingham High School in California and after his graduation; he started to perform along with his brothers. In 2015, his current age is 61 years old; and with a large fame and popularity has a net worth value of around 1 million dollars.

Regarding his personal life, Jackson has been married three times. A handsome man with a good height, and a charming smile his fame was something that was shiny and lured girls towards him. His first wife was Hazel Gordy, who was the daughter of his record producer. After getting married in 1973, they divorced in 1988 because of Jackson’s will to change his religion. The couple had three children before getting divorced, and they all were given to the mother. In 1995, he was married for the second time to Alejandra Genevieve Oaziaza and had two children with her, before splitting up in 2003. His current wife Halima Rashid is a music executive and they were married in the August of 2004 and 11 years down the road are still together and happy as ever.

FAQ: How old is Jermaine Jackson?

Quick Facts
Help us Edit this article and get a chance to win a $50 Amazon Gift card.
Last Modified: Apr 27 2020
You may also like
articles you may like