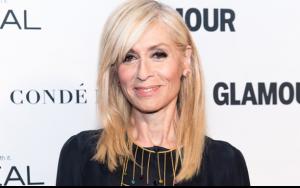 Judith Light is a Tony Award-winning American actress, producer, and advocate who is best known for her soap opera "One Life to Live." She has been interested in performing since she was a child and had her professional theatrical debut at 21.

On February 9, 1949, Judith Light was born to Pearl Sue, a model, and Sidney Light, an accountant, in Trenton, New Jersey, to a Jewish family.

Light graduated from St. Mary's Hall–Doane Academy in Burlington, New Jersey, in 1966. She earned a bachelor's degree in theater from Carnegie Mellon University. She described the university as "wonderful" and "rigorous." Following that, she began acting professionally, debuting in Richard III at the California Shakespeare Festival in 1970.

Judith Light started her career as a professional actress in stage plays. Her first one was Richard III, which took place during the California Shakespeare Festival in 1970. Light's most famous breakthrough in the movie industry is when she appeared on Broadway. The film went viral in the '70s, and everybody was talking about her.

She has also appeared in the One Life to Live TV soap opera, which aired on ABC from the year 1977 to 1983, where she played Karen Wolek. The Light was such a talented actress that she won a notable Daytime Emmy Awards for Outstanding Lead Actress in a Drama Series, not just once but twice!

Later on, between 1984 and 1992, Judith starred in Who's the Boss as Angela Bower, another TV series aired on ABC sitcom. Judith has acted in several series and movies, some prominent and won awards and others that did not air for long.

Light has always been an outstanding actress, and in the year 2011, she received a Tony Award nomination for her role in the original Broadway film called Lombardi. Good fortune followed Judith when she won two consecutive Tony Awards in the years 2012 and 2013. Her awards were based on her performance in Other Desert Cities and The Assembled Parties.

Some of Light's current film roles were in the Dallas drama series in 2013, aired on TNT TV station. In 2014, Judith joined Transparent, a comedy drama produced by Amazon Studios. As a matter 0of fact, Judith Light earned a Golden Globe and Critics Choice Television Award nomination based on the Transparent film. Judith Light has been acting for so many years, and the number of movies and TV series she has appeared on is too long to be listed here. You can easily find her impressive filmography online.

Judith Light has won many awards that cannot all be listed here. A few include:-

· Two Emmy Awards for the One Life to Live film

· two Soapy Awards for the One Life to Live film

· Hellen Hayes Award received for her performance in the off-Broadway tour of "Wit" film (1999) in which she shaved her hair thoroughly to act as Vivian Bearing, a literary academic woman that was dying of ovarian cancer

Judith Light is married to Robert Desiderio, an actor they met while acting the One Life to Live film back in 1968. The two wedded in 1985, but they have no kids. She wanted to be a full-time mother, which she cannot with her career.

She is a strong activist for gay rights, and she and her husband even earned a Mathew Shepard Foundations' 1st annual 'Making a Difference Award' for their unending dedication to stop all forms of hate. In addition to all this, Light is involved in many charity events. Her net worth is estimated to be around $5 Million.

Light began advocating for those diagnosed with HIV/AIDS in the early 1980s after being inspired by the LGBTQ+ community. She was one of the first celebrities to speak out against the social stigma that LGBTQ+ persons and HIV/AIDS patients face. She has been on the Matthew Shepard Foundation and the Point Foundation boards, both of which support students who have been discriminated against because of their sexual orientation or gender identity.

FAQ: How old is Judith Light?