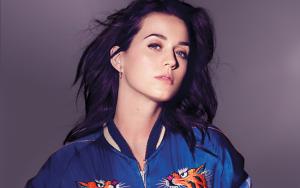 Katheryn Elizabeth Hudson, also known as Katy Perry is a popular American singer, actress and songwriter. She rose to the pinnacle by, ‘I kissed a girl’ and ‘One of the boys’. In 2008, Katy started dating her boyfriend, Travis McCoy. They spent a year dating and also exchanged promise rings. Later, they called the marriage off. Perry said that she was very hurt by that break up and she didn’t want to move on. In 2009, Russell Brand joked that he had a crush on Katy. He, then took her to out and started dating. He proposed her after three months and Perry agreed to marry him.

In 2010, Perry and Brand got married in a very private ceremony, in India. Within 16 months of the marriage, the couple was rumored to have many marital problems. They publically denied any of such incidence and yet, they filed for a divorce, soon. Even before the separation was final, in 2012, Perry started dating Robert Ackroyd, English band guitarist. People watched them kiss and hug in public, a lot. When the separation was finalized, Perry said to the reporters that she was never happy about the relationship with Brand.

There were no details about what ended the relationship with Robert. But, Perry became the girlfriend of John Mayer. Later, she called off the relationship and then shortly reunited.  In 2013, Katy split with Mayer again but they were seen together again after a month. However, in 2014, they split for the third time and she said that it is officially over.

It is said that Brand texted Katy that he wanted a divorce, after 14 months of marital life. This might have upset Katy and she did not want to jump into any deep relationship with John. According to her former husband, Katy did not want to have kids and he wanted to start a family. According to Katy, Brand couldn’t stand the fact that his wife had a thriving career than him and he wanted to tangle her in the house with children.

Though Perry made 40 million dollars after she got married, Brand did not opt for half of the money. He said that he was happy for her and he did not want to get money from a woman. There are no known extra marital affairs that ended this marriage. Brand said that he wanted to be a dedicated father and that ended his relationship with Katy. Though Brand talked ill about Parry’s parents initially, he denied any such comments and said that her parents are lovely.

FAQ: How old is Katy Perry?