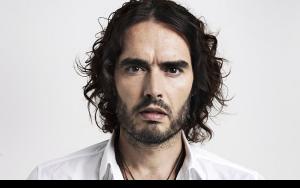 Who is Russell Brand?

Russell Brand is an English comedian, actor, presenter, and author who has become known for his political activism. Russell Brand is also known for his brief marriage to pop star Katy Perry, whom he met when she filmed a cameo for his film Get Him to the Greek. Brand and Perry were married in a Hindu ceremony near the Ranthambhore tiger sanctuary in Rajasthan, a state in northern India, in October of 2010. Perry filed for divorce in December of 2011, citing irreconcilable differences. Although Russell was entitled to half of Perry’s earnings during the marriage, an estimated forty four million dollars, he declined. Russell Edward Brand was born on June 4, 1975, in Grays, Essex, England. He first worked as a stand-up comedian and MTV presenter and then as the host of Big Brother’s Big Mouth.

His first film appearances were in the 2007 British comedy film St. Trinian’s and the 2008 American romantic comedy Forgetting Sarah Marshall. His biographical documentary, Brand: A Second Coming, was released in 2015. Brand has dealt with many controversies over his career dealing mainly with his promiscuity, drug use, and outrageous behavior at award ceremonies. Russell Brand married Scottish lifestyle blogger Laura Gallacher in August of 2017. The couple has two children, both girls.

FAQ: How old is Russell Brand?

FAQ: What is Russell Brand networth in 2020?