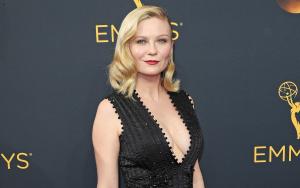 Kirsten Dunst was born Kirsten Caroline Dunst in New Jersey in America on 30th of April,1982 as the daughter of Klaus Dunst and Inez. She is the eldest child with a brother named Christian who is younger than her. Klaus was a medical representative and Inez worked in Lufthansa as an air-hostess. Her mother also owned a one-time gallery and was an artist. Kirsten’s father was from Hamburg in Germany and her mother belonged to New Jersey.Dunst attended the Ranney school in New Jersey when she was 11 years old. That was in the Brick Township.Later in the year 1993, her mother asked for a divorce and thus they got divided. Kirsten and her brother went with their mother to Los Angeles Then she completed her schooling from Laurel Hall School and then from Notre Dame High School respectively.

Kirsten completed her Bachelor's from Notre Dame in the year 2000. After that she continued with her profession in the film industry which she began at her childhood. Being a teeny, she felt difficulty dealing with her growing popularity. She abused her mother for forcing her to act when she was a child. But at a later time she said that her mom ‘always had the best intentions’. Kirsten said that she grew up in a different way as her childhood was in the film industry and she has her own materials to work with. She said that she doesn't think that nobody can say that their life is more difficult than her’s, when she was asked whether she regretted about her childhood.

Kirsten Dunst made her debut into film doing a role in Oedipus Wrecks by Woody Allen. At the age of 12 she was popular for her role in Interview with the Vampire as Claudia. She was nominated for Golden Globe Award for the Best Supporting Actress for this role. She then acted in Little Women and in the next year in Jumanji. After doing recurring acts in NBC film ER and some other acts in Small Soldiers, Wag the Dog, etc she moved into comedy movies, and romantic comedies like Drop Dead Gorgeous, Get Over It, etc.Kirsten became famous for her role in Spider Man Trilogy as Mary James Watson. Her other movies include Wimbledon, Cameron Crowe’s, Eternal Sunshine of the spotless mind, etc.

Kirsten made her debut into singing through the movie Get Over It. She had sung two songs in this movie. She also sung a jazz song, After You Have Gone for the movie the Cat's Meow. She won several awards such as Golden Globe Award for Best Actress, Primetime Emmy Award for Outstanding Lead Actress in a Limited Series,etc.Kirsten has married Garrett Hedlund. Her husband is also an actor. But there is no clear information about their marriage. So it’s not a clear picture. She has a networth of $25 Million which she amassed through her career in film industry.

FAQ: How old is Kirsten Dunst ?