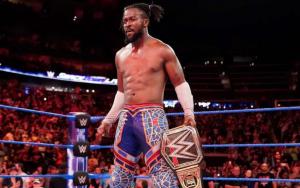 Kofi Kingston is known as Ghanaian-American professional wrestler signed to WWE. He is most famous for being the first black wrestler to win the most coveted title, the WWE championship.

Kofi Nahaje Sarkodie-Mensah was born on August 14, 1981 in Kumasi, Ghana. His parents are Kwasi and Elizabeth Sarkodie-Mensah. Kofi and his two siblings, Kwame and Nana Akua were at first brought up in the West African nation before the family moved to the United States of America. His passion for wrestling started when he was a young boy. He clutched on to his wrestling dreams through his high school days in Massachusetts at Winchester High School and even after he earned a degree from Boston College.

The start of Kofi Kingston's pro wrestling career was in 2005. He started with Chaotic Wrestling and proceeded onward to contend on different stages like the New England Championship Wrestling, National Wrestling Alliance, and Millennium Wrestling Federation. His enormous break came at some point in September 2006 when he inked a development deal with WWE. Kofi was eventually drafted to the WWE main program in 2008 under the Raw brand.

In 2019, Kofi achieved his biggest career milestone when he became the first black man to win the WWE title after defeating Daniel Bryan. In June 2019, Kofi defended his title in steel cage match against Dolph Ziggler at WWE Stomping Grounds.

The wrestler's romantic life revolves around an actress he married in 2010. In spite of the fact that there were reports that the marriage between Kofi and Kori Campfield was on the rocks, they were all put to rest at Wrestlemania in 2019. After Kofi won the championship title, Kori and their two children rushed the ring to celebrate with Kofi.

Kof is known for having a strong friendship with his New Day members, Xavier Woods and Big E. He is often featured on Xavier's UpUpDownDown YouTube channel as Mr. 24/7. On the channel, the best friends and other wrestlers play video games against each other.

FAQ: How old is Kofi Kingston?

FAQ: What is Kofi Kingston networth in 2020?