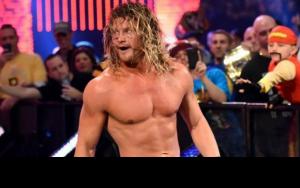 Dolph Ziggler is known as an American professional wrestler and stand-up comedian. He is most famous for being able to juggle his two professions of wrestling and stand up comedy.

Dolph Ziggler was born as Nicholas Theodore Nemeth on July 27, 1980 in Cleveland, Ohio. He went to St. Edward High School in Lakewood. His wrestling career at high school level saw him secure the National Championships twice and hold the school record for the highest number of pins in a career with 82.

In February 2010, Dolph wrestled in the WrestleMania XXVI annual event. He would later secure his first WWE Intercontinental Championship in a triumph against Kofi Kingston in a SmackDown event. He later shielded the title effectively against Kingston at Summerslam, Night of Champions, and TLC, and against Kaval at the Survivor Series. Afterward, he lost the title to Kingston at SmackDown on January 4, 2011. On June 19, 2011, Dolph Ziggler won the United States Championship by vanquishing his adversary in a Capitol Punishment match and held it against Kingston in a title defense on RAW. He would eventually lose it to Zack Ryder.

During recent years, Dolph wanted to try his hand at standup comedy. He got good enough to perform at hot LA clubs like the Laugh Factory. Comedians were impressed that he was able to transition from the ring to the stage. In June 2019, Dolph tried to win the WWE title when he fought Kofi Kingston but he came up short at WWE Stomping Grounds.

The WWE hotshot, Dolph Ziggler has dated a few ladies during his WWE run. He was dating Nikki Bella for quite a while however they separated in April 2010. Nikki moved on and ended up in a relationship with superstar, John Cena. The three remained friendly with each other with Dolph even appearing on reality TV segments with them on Nikki's show, 'Total Bellas.'

Prior to his romance with Nikki Bella, he was involved with Maria Kanellis in 2009. He has also dated comedian Amy Schumer and pro wrestling valet, Shelly Martinez. He was involved on-screen romances with AJ Lee and Vickie Gurrero but there was nothing going on off the set.

FAQ: How old is Dolph Ziggler?

FAQ: What is Dolph Ziggler networth in 2020?