HOW OLD IS Landry Jones 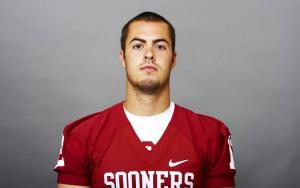 Landry Jones is 33 years and 5 month(s) old. He was born in 4 Apr, 1989. Landry Jones is a player of Pittsburgh steelers as a quarterback in NFL. During his college year, he played in Oklahoma. He was a leader for his high school team and he led it to the championship. He was drafted in 2013 and was chosen on the fourth round

Click here to read the full biography about Landry Jones