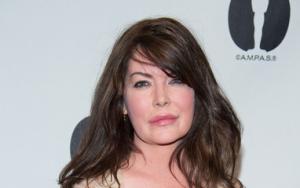 Lara Flynn Boyle, born on March 24, 1970, currently 45 years of age, is an actress by profession. She is 5' 6" (1.68 m) in height and is known for her beautiful looks with slender figure, husky voice, and blue eyes. Lara has been acting since 1986 and since then she has acted in a series of movies and TV shows and is best known for her roles in ‘Twin Peaks’, ‘The Practice’, ‘Men in Black 2’ and ‘Happiness’. She came to life in Davenport, Iowa to the parents Michael L. Boyle and Sally who was a clerical worker and a manager by profession. Lara has always remained close to her mother Sally and until now stays very nearby (around 10 kms from her home) to her mother. Sally brought up Lara with much effort as they were not very affluent and Sally had to work at multiple places to take care of Lara all by herself. Lara shifted to Los Angeles post her high school and she completed her graduation from ‘The Chicago Academy for the arts’. She was known to be very shy during her childhood days and she joined various dance and arts classes in her childhood to remove her shyness. Lara has remained in multiple relationships and has been wife to John Patrick Dee III from 1996 but the marriage ended up in a divorce in 1998. She married Donald Ray Thomas II in 2006 and is presently with him. She also had subsequent relationships with Kyle MacLachlan, David Spade and Jack Nicholson.

Lara started her career with a not so noticeable role in the movie ‘Ferris Bueller's Day Off’ in 1986 and later on did some small roles in subsequent movies. However her first major break as an actor came when she appeared in the TV series ‘Twin Peaks’ and her role was much appreciated in the series. Post this she got multiple offers from movies as well as Television and she did multiple roles in variety of movies like Wayne’s world’, ‘Where The Day Takes You’, ‘The Temp’, ‘Red Rock West’, ‘Threesome’, ‘Happiness’ and many more. She established herself as a successful actress in the 90’s. Her other most prominent role came in the movie ‘The Practice’ where she played the role of ‘Helen Gamble’. She has acted in over 40 movies and in over 10 TV serials during her professional career. Her net worth is anticipated to be around $10 Million. However after 2014, she has not appeared in movies and has also been spotted rarely in public and social events.

Lara was seen recently in August 2015 but she looked completely different as compared to her past appearances. Many doctors and experts have anticipated that she has undergone a plastic surgery on her face due to which her face is looking heavier and completely changed as compared to her regular sharp featured face in the past. However the news of her undergoing any kind of plastic surgery could not be verified as she has constantly refused undergoing any kind of facial treatment.

FAQ: What is Lara Flynn Boyle networth in 2020?