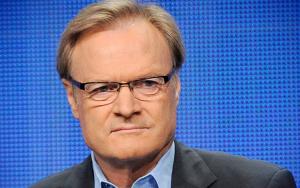 Lawrence O Donnell is an American producer, actor, journalist, political analyst and a writer born in the year 1951. He is the host for The Last Word with Lawrence O’ Donnell. This is the program that takes place from Monday to Thursday Evening at msnbc and it is a news and opinion program. He called himself as a practical European Socialist in the Newsmaker Interview that dated on November 11. His show switched the time slot with the Ed showoff Ed Schultz which takes over from 8pm eastern slot and O’Donnell return to 10pm eastern slot.

Lawrence O Donnell appeared as a political analyst of The McLaughlin Group, Countdown with Keith Olbermann and The Al Franken Show. He was given the award for being the producer of The West Wing on NBC series.  In the series, he was the father of the president in the flashback. He was the executive and the creator producer of NBC series called Mister Sterling. He is an actor who appears in some movies and tv shows on occasions.  He appeared in a supporting character of Big Love at HBO series where he plays as an attorney. He started the career as the aid of the US senator Daniel Patrick Moynihan and he was the staff director for the Senate Finance Committee.

Lawrence O Donnell’s place of birth is in Boston and his mother is Frances Marie who was an office manager and his father is Lawrence Francis O’ Donnell Sr and was attorney. His origins are from Ireland and he went to St Sebastian’s School in the class of 1970s.  He was the captain of the baseball team and he graduated from Harvard College where he majored in the Economics in the year 1976. When he was in Harvard, he was writing for Harvard Lampoon and he was a popular person in the members because of his sarcasm and wit.  In the year 1994, he got married to a movie and television actress called Kathryn Harrold but he got a divorce from her. They have a daughter together called Elizabeth Buckley Harrold O’Donnell.

In April 2014, together with his brother Michael, they got injuries because of the traffic accident when they were in the vacation in British Virgin Island. He returned to the show after his recuperation.

As a Writer, Lawrence O Donnell wrote the book called Deadly Force and in the book he was writing about the wrongful death with the police brutality for which O’ Donnell’s father was a lawyer of the plaintiff. This book was made into the film called A Case of Deadly Force. Richard Crenna was playing as the father of O’Donnell while Tate Donovan played as O’ Donnell and O’Donnell was also the associate producer. Lawrence O Donnell’s bio is full of the controversies that he was involved into like with John O’ Neil and RNC Chairman Michael Steele. His twitter account is @Lawrence.

FAQ: What is Lawrence O Donnell networth in 2020?