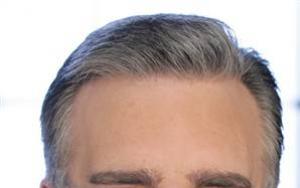 Keith Olbermann was born in Manhattan on January 27, 1959, but was raised primarily in Westchester County, New York. At the age of 17 he worked as a stringer for United Press International, a major news agency that provided journalistic material to magazines, newspapers and radio and television broadcasting companies.

Olbermann received his Bachelor of Science degree from Cornell University in Ithaca, New York, in 1979. While at Cornell, he worked as sport director for Ithaca’s radio station, WVBR, which was run by local college students.

By the time he was 20 years old Olbermann had joined UPI's national radio network. While at UPI was involved in many activities from reporting and anchoring to commentating. A year later, In 1980 he covered the Olympic Games, and was also assigned to cover the World Series.

In 1981 Olbermann made his television sportscasting debut on CNN. In 1984 he spent a short time as sports anchor for WCNB-TV of Boston. After leaving WCNB, Olbermann spent the next several years as a radio sportscaster in Los Angeles.

In 1992 Olbermann was hired to co-host ESPN’s TV program SportsCenter. He stayed with SportsCenterf or five years, gaining national recognition. While working for ESPN, Olbermann was selected to host the newly launched ESPN Radio Network, as well as the television station ESPN2. During his time on SportsCenter, Olbermann branched out into writing and co-wrote The Big Show, an autobiographical book about what it was like for him to work for ESPN.

In 1997 Olbermann quit his job with ESPN to work for both NBC Sports and NBC News. Within a year’s time, Fox Sports bought Olbermann’s contract from NBC, repositioning Olbermann as host of the pregame show for Fox’s Baseball Game of the Week as well as host of the network’s All-Star Game coverage. Fox likewise gave Olbermann the opportunity to cover the World Series. Olbermann was eventually promoted to senior correspondent of Fox Sports News, a show designed to compete with ESPN’s SportsCenter.

During Olbermann's later years as a sportscaster, he furthered his experience in news broadcasting by hosting MSNBC's White House in Crisis and The Big Show. In 2001, Olbermann returned to his former employer, CNN. As a correspondent on CNN's News Night, he also filled in for the network's other anchors, as necessary.

FAQ: How old is Keith Olbermann?

FAQ: What is Keith Olbermann networth in 2020?