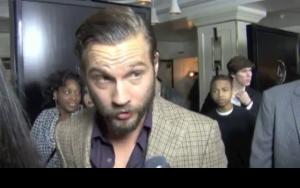 Logan Marshall-Green is known as an American actor. He is most famous for his roles in popular television shows like 24, The O.C., Traveler, Dark Blue and Quarry. He has also had notable roles in successful films like Prometheus, Spider-Man: Homecoming, and Upgrade.

Logan Marshall-Green was born on November 1, 1976 in Charleston, South Carolina. Both of Logan’s parents are drama teachers. His mother, Lowry Marshall, is the artistic director at a college. She works in Brown University's repertory theatre department.

Logan attended high school in Rhode Island. He then moved to New York to pursue his college education. When he finished college, Logan graduated with a Master's Degree in Fine Arts from New York University's Graduate Acting Program at the Tisch School of the Arts.

Logan made a few appearances in the long running court drama Law and Order, before landing recurring roles on The O.C. and 24. His big break came in Ridley Scott's Prometheus where he played a space explorer trying to find alien life.

Logan has been married to Diane Gaeta since 2012. After dating, they tied the knot on December 2, 2012. The married couple has raised two wonderful children together.

FAQ: How old is Logan Marshall-Green?

FAQ: What is Logan Marshall-Green networth in 2020?