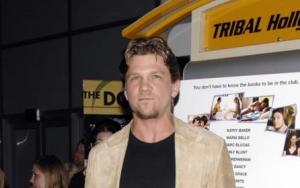 Marcus Blucas is known as an American actor. He is most famous for playing the role of Riley Finn in Buffy the Vampire Slayer.

Marcus Paul Blucas was born on January 11, 1972, in Butler, Pennsylvania. He was born to Marry Catherine, an educator. Her father, Walter Joseph Blucas was a school superintendent.

After his parents got divorced, he stayed with his father. Marcus went to Girard High School. He was part of the basketball team and even tried out for NBA. Marcus completed his college education at Wake Forest University. Marcus was a member of Sigma Phi Epsilon Fraternity at Wake Forest University. Failing to qualify for the NBA upset him and he moved to England. In England, he was part of the British basketball team and also was pursuing law.

Marc Blucas got married to Ryan Haddon in 2009. It was Ryan’s second marriage and Marc’s first. She was married to Christian Slater previously.

In 2005, Marc was dating Lauren Graham who played Lorelai Gilmore in Gilmore Girls. His relationship with Lauren was a closed one. There were only a few pictures of them together on the internet and the sources claim that those pictures were taken for a magazine and had nothing to do with her personal relationship. Marc has never commented on his relationship with Lauren. They were together only for five months. Before Lauren, Marc dated Mary Parent for five years from 2000 to 2005. Mary Parent was the Executive VP of production of the Universal Studio.

Marc's wedding with Ryan took place in Pennsylvania and their honeymoon was canceled as Marc was called in for an audition for, ‘Knight and Day’. They dated for two years before they got married. They got married in 2009 and they started dating in 2007, the same year as Ryan got separated from Christian Slater, with whom she separated from during the time of Christmas.

Marc is rarely seen with Ryan in public. They keep their children very far away from the media. This helps in avoiding rumors about their personal life and unwanted public judgments on their actions.

The most famous acting role Marc Blucas played was Riley Finn in ‘Buffy, the Vampire Slayer’. The show was one of the most popular on the WB network.

In 1995, Marcus made his debut in the entertainment industry with television movie “Inflammable”. In 1998, he played the role of basketball hero in Pleasantville. He did many TV series as well such as Clueless, Undressed, House, Castle, and True Blood

FAQ: How old is Marc Blucas?