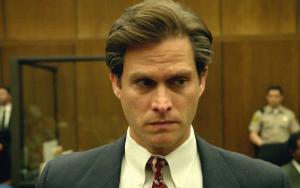 In 1985, Fuhrman responded to a domestic violence call for the football player O.J. Simpson and his wife Nicole Brown Simpson which in 1989 resulted in O.J.’s arrest for spousal abuse. This was the beginning of the case Fuhrman would be best known for.

Mark Fuhrman has the famous Furhman tapes accredited under his name. These tapes are 13 hours of taped interviews by him to writer Laura Mckinny between the years of 1985 and 1994. These tapes were later used as evidence against Fuhrman with his use of racial slurs and remarks he describes police brutality towards other ethnicity and intimidation tactics used by male police officers on their female subordinates. It was here that Fuhrman admitted to planting evidence on scenes as had been common practice in the Los Angeles Police Department.

When asked under oath to state the truth, he used his 5th amendment right and did not reply. This response is unclear at the time of whether it was the result of his racist feelings or truly protecting himself from incrimination by using the 5th Amendment. After years of trial in the same case, he accepted the charges. The court fined him with $200 and 3 years of probation. The prosecution even denounced Fuhrman in their closing arguments, calling him a "bad cop." Mark was known to have a history of racism towards African-Americans during the 1980s. The defense team produced evidence as recorded interviews with Fuhrman and also witnesses who documented that he had used racist language repeatedly during the period, Having further stated that he is not a racist and has apologized for the same, his junior co-workers have stood by him at this crucial juncture. Following the trial, Mark said, "I want my private life back and I'm never going to have it."

Serving as a forensic and crime scene expert for FOX news he is also a frequent guest of FOX commenter Sean Hannity. Having worked for both CBS and ABC Mark Furman grabbed the attention of the U.S. and the world being known as the investigator of the murders of both Ronald L.Goldman and Nicole B.Simpson. At the crime scene of Simpson’s case, he found a pair of gloves with strains of blood without first having a search warrant. This big controversy kick-started the highest point in his career. The defense team of Simpson stated that Furman had planted this evidence at the crime scene which is where his tapes did him in.

It was through Laura Hart McKinney's interest in writing a screenplay and novel about women in the police force did she first correspond with Fuhrman after learning about his strong views of employing women in his field. It was after she had engaged him as a consultant for background information of the reality experienced by police officers that started their meetings and recordings. It was through these tapes that she learned just how shunned female police officers are for refusing to use excessive force like their male counterparts.

Fuhrman wrote his own books as well. Having written seven books, he has focused on the cases he has worked on as a detective. Three of which were later selected by filmmakers to be made into movies. Other than this, Fuhrman serves as a host for a radio program making his net worth to be about one million dollars.

FAQ: How old is Mark Fuhrman?