HOW OLD IS Marlon Wayans 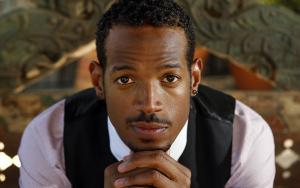 Marlon Wayans is 50 years and 6 month(s) old. He was born in 23 Jul, 1972. Marlon Lamont Wayans is an American actor, model, director, producer, writer as well as a comedian who is known for his appearance in The Wayans Bros, a WB sitcom which is directed by his brother Shawn Wayans. Apart from that, he has also appeared in other movies like White Chicks, Dance Flick, Scary Movie, Scary Movie 2 etc and appeared in a slightly different than his comic roles in Requiem for a Dream. Likewise, he also appeared in G.I. Joe: The Rise of Cobra (2013), a horror move named A Haunted House and its sequel A Haunted House 2, in 2014. He and his friend Randy Adams collaborated to host “What the Funny”, which is a comedy web portal for people from all around the world. He has also been hosting the "Funniest Wins" show in TBS channel, and has been touring around the country with his brothers "The Wayans Brothers Tour".

Click here to read the full biography about Marlon Wayans