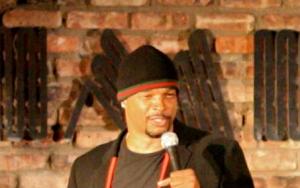 Damon Kyle Wayans is best known for his stand-up comedy. He is also an actor, writer, and producer who has appeared on numerous television shows. Throughout the 1980s, Wayans worked as a stand-up comedian and actor, including a year-long stint on the sketch comedy series Saturday Night Live.

While writing and performing on FOX's sketch comedy show In Living Color from 1990 to 1992, his true breakthrough came with his animated series Waynehead, which aired on the Kids' WB block from 1996 to 1997, and his television series Damon (1998). His acting career has taken him to a variety of films and television shows, some of which he has co-produced or co-written, including Beverly Hills Cop, The Last Boy Scout, Major Payne, and the sitcom My Wife and Kids. He has also appeared in a number of commercials, including tv series Lethal Weapon from 2016 to 2019, in which he played Roger Murtaugh, a police officer.

Damon Wayans was born on the 4th of September 1960in Harlem in New York City. His mother, Elvira Alethia, worked as a social worker and a homemaker singer, while his father, Howell Stouten Wayans, was a supermarket manager. He has five sisters, Elvira, Nadia, Vonnie, Diedre, and Kim. Apart from five sisters, he also has four brothers to make it a family of 10. His brothers are Keenen Ivory Wayans, Dwayne Wayans, and actor Marlon Wayans.

In 1982, he started stand-up comedy. Beverly Hills Cop was his first film appearance in 1984, and this was a film by Eddie Murphy where he took the role of an effeminate hotel employee. Between 1985 and 1986, he was a featured performer on Saturday Night Live before getting fired for going against the script by acting as a glitzy gay cop rather than a straight cop on a live sketch. In the 1980s, he featured in the syndicated television series called Solid Good as a comedian. He and his brother finally made the In Living Color, a Fox sketch comedy series. This comedy has casts that are primarily African American.

Finally, in 1990, the show started airing. For two years, the show ran, but Damon in 1992 left the show in the quest for his acting career. He also featured in movies such as The Last Boy Scout, The Great White Hype, Bulletproof, Mo' Money, Celtic Pride, and Major Payne. In the video "The Best Things in Life Are Free" by Janet Jackson, he was also featured. In The Riddler in Batman Forever, he was considered the role but finally was given to Jim Carry, who was his partner in the movie Earth Girls Are Easy and In Living color. He produced Waynehead in 1996, and it was a cartoon for WB. This cartoon was about his childhood life and how he was a club foot. As a result of poor ratings, the show had only one season.

FAQ: How old is Damon Wayans?