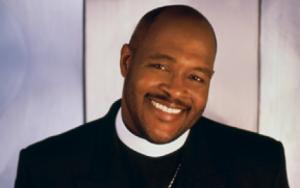 Marvin Winans is known as an American gospel singer, actor. He is most famous for being a member of the band "Winans Family."

Marvin Lawrence Winans was born on March 5th, 1958. He and his fraternal twin brother, Carvin, born first, were the third and fourth children born to David "Pop" Winans, Sr. and Delores "Mom" Winans. He spent his childhood in Detroit, Michigan, with nine siblings.

Marvin was married to a woman named Vickie Bowman. The couple got married in 1978 and had a son, Marvin Jr. Marvin also adopted Vickie's son, Mario, from her previous marriage. His wife, Vickie Winans, is also a gospel singer and grew up in Detroit, Michigan. Before meeting Marvin, she lived through a few failed marriages and a miscarriage. She gave up her career in music and settled into life as a homemaker. After marrying Marvin, she re-entered the industry, joining the Winans family group.

In 1995 Marvin and Vickie divorced due to irreconcilable differences, which shocked all who knew them. In an interview, Vickie said that they had grown apart, which was typical for a high-profile couple, and that no one was to blame for the split. Marvin's sons have followed in their father's footsteps, choosing to work in the music industry. Mario is a singer and producer, and Marvin Jr. was a member of the Winans Phase II but is now a solo singer and a producer.

Commenting on his group's success, Marvin said: "I think that has been the success of The Winans, in that we have been honest. It is so important for us to be transparent. People know what is real, and they know what is fake. They know what has come through experience, and they know when you're making something up. So I hope that The Winans have been honest and transparent in what we've done throughout the years." He also said that "Respect is a great thing that's missing in music today. Respect for the music itself. Respect for artistry. It's changed with Respect for the audience. You listen to rappers and the likes, and they have no respect. They feel as if people have to buy their music and that they have to go to their concerts. If stuff's not right, they blame everyone but themselves."

The Winans sang background vocals on several big-name mainstream projects such as Michael Jackson's "Man in the Mirror," Stevie Wonder's "Treat Myself", and Ladysmith Black Mambazo's "Leaning on the Everlasting/Two Worlds One Heart." As an organist and pianist, Marvin's role in the group was to write and produce songs. Over the years, however, Marvin Winans began to stand out as a solo artist, and eventually, he released his first solo album, "Alone But Not Alone", which climbed to number 85 on the charts in 2007. During his solo career, he wrote and produced well-known songs such as "Just Don't Wanna Know" and "I'm Over It Now." Marvin Winans has even appeared in two movies, "Mama I Want to Sing" (2011) and "I Can Do Bad All by Myself" (2009), as well as on the hit TV series "Tyler Perry's House of Payne" (2008). In 1997, Winans founded the Marvin L. Winans Academy of Performing Arts (WAPA).

FAQ: How old is Marvin Winans?

FAQ: What is Marvin Winans networth in 2020?