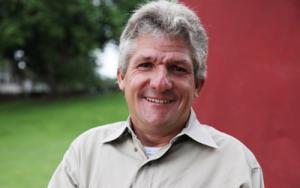 Matthew Roloff was born on the October 7, 1961. Matthew is most known for being the father on the TLC (The Learning Channel) reality TV series called Little People, Big World. The hit show was praised for giving a peek into the life of a dwarf family. Throughout history and in the media, dwarfs have been unfortunately viewed as funny looking objects instead of real people. With party activities such as dwarf tossing, it was hard for dwarfs to be taken seriously. In the acting world, they always had to take unpleasant jobs such as a clown or an angry elf just so that they could pay the bills. Even when there is just a regular civilian who is a dwarf walking down the city streets, they always get second looks because they are so different. Roloff’s show was a milestone for dwarfs because they finally got some representation to show that they are normal and just like any other person living in this world.

From birth, Matthew was a diastrophic dysplasia patient. The condition resulted in his small stature. Matt had to undergo multiple surgeries during his childhood.What many people would have seen as a disadvantage, Matthew flipped the stereotype upside down and created an amazing life for himself. Instead of getting down on himself for being small, he recognized that it made he unique and special.  His parents Ron and Peggy were also involved in the reality show and very supportive of their son.

Matthew’s sibling Sam also suffers from the same disease as Matthew but he also worked hard to overcome it. Sam is now working as an entrepreneur. Matthew met his eventual wife, Amy when they were attending an event called Little People of America in 1987. Like many little people, Matt’s wife also had a medical condition. Amy suffered from a disease called achondroplasia. The couple had four children together. Sadly, their marriage ended in divorce during 2015.

Little People, Big World was Matthew’s big break but it actually wasn’t his first time on screen. Matthew started off his acting career when he appeared in a film called Under the Rainbow. He was just an extra then and was hardly noticed. Gradually, Matthew was able to carve his niche in the acting world. His first significant role was for a Star Wars TV movie where he played an Ewok. Ewoks are small alien creatures that fit well with Matthew’s physical frame. Anyone would be happy to play a role in a Star Wars project so there was no shame for Matthew when he portrayed a little furry alien.

Matthew is very talented and could make a living even if he wasn’t an actor. Matthew is a computer programmer and has worked for many IT companies in Silicon Valley. He has also worked as a freelance software developer and has sold projects to various prestigious software companies. Matt and his family even moved to Portland when he took a position to work for Sequent Computer Systems.

FAQ: What is Matthew Roloff networth in 2020?