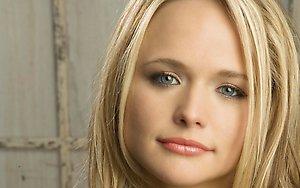 Miranda Leigh Lambert Shelton is a musician who became famous after becoming a finalist in Nashville Star, 2003 Season. Her work includes Kerosene, Me and Charlie Talking and many others. Miranda started to date Blake Shelton, a country singer in 2006. They worked together for long and in 2010, they got engaged after getting her father’s approval. They got married in 2011. In 2014, there were rumors about their separation. It was said that Miranda was living in fear that her husband would be having an affair. It was said that Blake used to be a womanizer and Miranda thinks that he has not changed. It was said that Blake was having a few extramarital romantic relationships and Miranda had to deal with the rumors stating that those were lies. However, her friends and people near her confirmed that Blake is cheating his wife. It was said that he is alcoholic and things are not going well in their marriage.

The rumor was started by an unknown source and Blake commented on it immediately. He said that Miranda has the access to his phone and he was ready to show all his belongings to prove that he was not cheating on her. Blake also said that he is very possessive and jealous that he cannot stand a guy flirting with Miranda. There were similar rumors about divorce in 2013. Blake explained that there is nothing wrong in their relationship.

Every time a rumor starts, they immediately deny it. However, in 2014, the rumors became stronger and it was said that she badly wanted to have a baby and he wanted to continue his life of partying. This difference has caused a lot of problems between them. They were seen fighting owing to this difference. In 2013, there was a rumor that she is refusing to have his baby as he is alcoholic. Even though the couple is denying every rumor, the rumors seem to grow unconditionally.

There are no concrete evidences of any secret boyfriend or girlfriend. There are no images on the internet which shows either Blake or Miranda with another person who can be rumored to be a secret lover. Though Blake is rumored to have cheated on her on several occasions, no woman has come forward to the media, stating that she is having a relationship with him nor were there any pictures or other evidences to support the same.

Though there were a lot of occasions where these rumors became heavier, but only in 2013, Miranda commented on Twitter, sarcastically. It is Blake, who has dealt with the rumors and stated that he is not cheating on her and Miranda never acknowledged the same. There are no rumors about former lovers trying to catch up with them. They were not married before and thus, they have never undergone a separation before. With the collected information, it can be assumed that they are leading a happy and a contented marital life.

FAQ: How old is Miranda Lambert?

FAQ: What is Miranda Lambert networth in 2020?