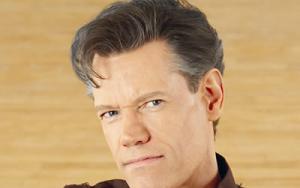 Peter Hartcher is known as an American singer, actor, and guitarist. He is most famous for his song, Forever and Ever, Amen.

Randy Travis was born on May 4, 1959 in the state of North Carolina. Randy Travis was born as Randy Bruce Traywick and he is a second child in the family of six children. His parents are Harold and Bobby Traywick. Randy was raised in a modest farm and he learned how to train horses and work with cattle when he was 6 years. When he was a child, he began listening to legendary artists in the country music genre such as Gene Autry, Lefty Frizell, and Hank Williams.

As a young adult, Randy Travis' interest in country music had been matched with the use of alcohol and drugs. He was estranged from his family and he stopped going to school. He started to work on construction sites. He was arrested for various activities such as assaults and entering into people’s property by force. When he was about to be sent to prison at the age of 18, Elizabeth Hatcher who was an owner of a night club where he performed, asked for the custody of Randy Travis. She spent some years grooming him and he started performing regularly at her night club.

In the early 1980s, Randy Travis was rejected by every recording label in Nashville. Record executives criticized his early demo tapes claiming that his music was too country. In 1982, Travis recorded an independent album, at the Nashville Palace, which was live. He got a deal with the famous Warner Bros. Record through this album which was made possible by Elizabeth Hatcher.

Prior to this time, Travis and Hatcher were romantically involved and the contract stipulated that this relationship was kept as a secret and use Randy Travis as a stage name. His first single titled “On the Other Hand” was released in 1985 by Warner Bros. Records. This album was No. 67 on the country charts. He came out with another single which became a top ten hit in 1982. Considering the success he had, the recording label decided to release his first singles again.

He had some strings of hits in the late 1980s such as Diggin’ Up Bones and No place Like Home. Forever and Ever, Amen in his Always and Forever album was his second recorded album with Warner Brothers. He won the Grammy Award for the best make country vocal performance consecutively for two years. The albums that gave him this award was Always and Forever in 1989 and Old 8x10 in 1989.

Randy Travis ventured into acting in 1992 and got several roles of western films. In 1994, he went back to music and recorded This is Me and Whisper My Name which were hit singles. He separated from Warner Brothers in 1997 and was signed to DreamWorks Nashville. His album You and You Alone came out with top 10 hits. Some of the songs were The Hole, Spirit of a Boy, Wisdom of a Man and Out of my Bones.

Randy lost one of his best friends, George Jones in April 2013 and made a song in memory of him titled “Tonight I'm Playin' Possum,".

Randy Travis married country singer, Elizabeth Hatcher Travis who was his former manager. After the divorce, Randy sued her for breach of contract and ruining his career. However, his wife asked the judge to throw away this lawsuit. She said that she was not able to work well as his manager because their relationship was interfering with her job. The couple divorced in 2010 after 19 years of marriage. She managed him for more than 30 years. She said that Randy terminated her job without any prior notice and should be given the damages.

After the divorce, Randy Travis was planning on marrying his mistress, Mary Beougher. Hatcher was 69 when she caught her husband who was 51 at that time cheating with the wife of his dentist.

Randy Travis got married to Mary Davis in 2015.

FAQ: How old is Randy Travis?