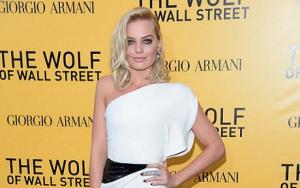 Nadine Belfort is known as a former English American model. She is most famous for being the ex-wife of American author and former stockbroker, Jordan Belfort.

Nadine Caridi was born on November 6, 1962, in London, England. Despite being born in London, she was raised mostly in Bay Ridge, New York. She attended John Dewey High School and became a poster girl for Miller Lite in the 1990s.

Nadine Belfort quickly made a name for herself and was highly sought after in the fashion and showbiz industries due to her gorgeous looks and natural charm. Nadine went on to appear in several national advertising campaigns, the most famous of which were a set of commercials for Monday Night Football.

After marrying a wealthy stockbroker named Jordan Belfort, Nadine gave up her career as a model and settled into the life of a socialite and mother. Nadine Belfort used to be called the “Duchess of Bay Ridge,” as she was frequently spotted rubbing elbows with the rich and elite who lived there. She was portrayed in Martin Scorsese’s movie The Wolf of Wall Street by Australian actress Margot Robbie. The movie depicts the life of Jordan Belfort. Jordan founded Stratton Oakmont as a franchise of Stratton Securities and later bought out the original founder. Stratton Oakmont functioned as a “boiler room” operation that marketed penny stocks and defrauded investors by driving up the price of equities and then quickly selling them off.

During his years at Stratton, Belfort was notorious for a lavish lifestyle that consisted of outlandish parties and the unbridled use of recreational drugs, especially Quaaludes. Quaaludes are a synthetic form of sedative and Belfort’s indiscriminate use of the product resulted in a medical addiction. At one point, Stratton Oakmont employed over a thousand brokers and was involved in stock issues totaling more than a billion US dollars. The brokerage firm was targeted by law enforcement officials throughout nearly its entire history, and its notoriety inspired the film Boiler Room in the year 2000. Stratton Oakmont was put out of business by the National Association of Securities Dealers in 1996 and Belfort was indicted for securities fraud and money laundering in 1999.

Nadine Belfort was said to have been the namesake for Jordan Belfort’s yacht, The Nadine. Originally the yacht was built for Coco Chanel, but Belfort got to it first. Unfortunately, Belfort lost his yacht when it capsized somewhere on the eastern coast of Sardinia in a storm while he was attempting to get to Switzerland to settle a bank account.

In the years after her first marriage, Nadine Belfort succeeded in other endeavors. Combined with her success during her earlier stint as a model, Nadine managed to maintain a small fortune for herself, She went back to school to pursue an education at Pacifica Graduate Institute. She was eventually awarded a Master’s degree in Clinical Psychology which was followed up with a Ph.D. in 2015.

FAQ: What is Nadine Belfort networth in 2020?