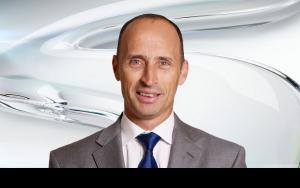 Nasser Hussain was born on March 28, 1968. Nasser Hussain is a famous for being an English Cricket player. Hussain captained the England Cricket team for four years from 1999 to 2003. Nasser started his cricket career in 1990 which lasted for 14 years until he retired in 2004. Nasser was known for his excellent skills with the bat and ball and his competitive nature during his matches. Nasser managed to grab the attention of sporting fans and impressed the followers of cricket a lot.

Nasser learned some valuable lessons in life because he experienced a lot of ups and down throughout his cricket career. His 14 year career was not a perfect picture. He had to experience setbacks that allowed him to grow as a person and player. Cricket taught him a lot about himself and opened his eyes to how he should approach the sport and his life.

Nasser was born in Madras of India. His Muslim father Raza Jawad Hussain was also a former cricket player. His father played for the pride of India unlike his son who competed for England. Being born in a sporty family was great for Nasser’s early development. He was able to learn discipline and work ethic from an early age. He was not distracted by things like other children. With his father’s help, he was able direct and focus his energy on becoming a better player.

It was not written in stone that Nasser would follow in the footsteps of his father. His parents were well off enough for their son to pursue any career that he desired. Nasser was ultimately led to a life in cricket by his father. He was also very much influenced by his brother Mel Hussain who is also a former English cricketer. Even if Nasser never decided to get into the sport, his family gatherings would always be dominated by cricket because of his father and brother. It would almost be foolish for Nasser to pass up on cricket. He had the expertise and knowledge of his father and brother to learn from. That advantage was too much for Nasser to pass up and he knew he was destined for a career in the niche sport.

In his biography, Nasser tried to recall some important memories in his childhood. One of the biggest changes in his childhood occurred when his family decided to leave India and move to England. Nasser was sad to leave his friends and life behind in India. His parents explained to him that it was for his own good because he would have a better chance at getting a good education in England. It is not uncommon for Indians to move to England for one reason or another. There are a lot of Indians that have been able to create successful careers in English sports and entertainment.

Nasser got married to his wife, Karen Hussain in 1993. The beautiful couple gave birth a baby boy named Joel. He is their only child which makes their family small in comparison to their friends.

FAQ: How old is Nasser Hussain?

FAQ: What is Nasser Hussain networth in 2020?