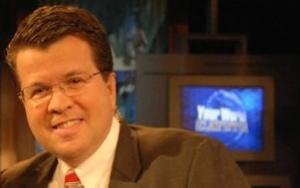 Neil Cavuto was born in September 22, 1958. He was born in Westbury, New York but he grew up in Danbury, Connecticut. He was raised by his parents, Patric Cavuto and Kathleen Feeley. His father worked as a sales executive in a company involved in the production and distribution of cans. His mother was employed as a United Nations staffer. Neil Cavuto is known as a business commentator and journalist, but his biggest role is being an American television anchor. He is married to Mary Fulling with whom he has three children.

Neil Cavuto attended Immaculate High School in Danbury, Connecticut. During his high school years, Cavuto worked as a manager for a local fish and chips restaurant where he gained his first working experience as a 17-year old young man. During the years of President Jimmy Carter’s administration, Cavuto worked as an intern in the White House, which was his first major experience in politics. He attended St. Bonaventure University where he was awarded a bachelor’s degree in 1980. The subject of his degree was Mass Communications.

In July of 1996, Neil Cavuto became the host of his own show called Your World with Neil Cavuto. Besides hosting his own show, Neil Cavuto also became the editor and a part of managing team for business news publications. Ten years later, in March of 2006, Cavuto became the vice president of a business news publication, reaching another significant milestone in his career. He was also the host on Power Lunch on CNBC television, while simultaneously working on Today, a show broadcasted on NBC. Those weren’t the only positions taken over by the talented Cavuto; he also worked as a chief of New York City Bureau and was a part of the Public Broadcasting Service.

Cavuto has been awarded more than a couple of times during his professional career. He is proud of being acknowledged by his colleagues with whom he shared his passion and devotion to business journalism. His talents, skills and accomplishments were recognized by the Wall Street Journal when Cavuto was voted as the best journalist in business news. He was admired for his talent of coming up with great interviews.

Cavuto was also voted as the best TV interviewer, four years in a row and was nominated for Cable ACE Awards five times during his long and successful career. In 1980, Cavuto was nominated for and awarded with the Hellinger Award. This was possibly one of the most important recognitions in his early career as the Hellinger Award represented the highest award for journalism students at the St. Bonaventure University. During his long and fruitful career, Neil Cavuto has done many fascinating interviews with world, political and business leaders.

Cavuto comes from a family where two different ancestries were combined with his father having an Italian ancestor and his mother having Irish roots. Neil Cavuto is married to a woman named Mary Fulling. Cavuto and his wife are happily married since October 15th, 1983. They have three children, a daughter Tara and two sons named Bradley and Jeremy. Cavuto and his family currently reside in Mendham, New Jersey. Sadly, Cavuto suffered a cardiac arrest incident on June 22, 2016. He was in positive good spirits about the state of his health, as he previously had beat the odds against cancer. He wanted to remain optimistic for his wife and children.

FAQ: How old is Neil Cavuto?