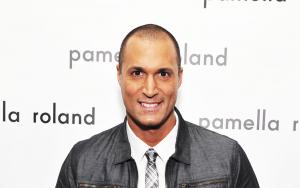 Nigel Barker was born on 27th April in the year 1972. He is a versatile and creative man with a charismatic outlook. He is famous for the reality TV show America’s Next top model. Apart from that, he is a renowned fashion photographer, filmmaker and author. On top of these, he is a former model with an astounding height of 6’3”. Needless to say that he is a very attractive and enigmatic person with such qualities. He currently lives in New York City.

Born in London, Nigel is of British, Sri Lankan, Portuguese and Irish decent. He has five siblings. So, it’s understandable that their family is quite big. He was good at sciencefrom his childhood. He went to a boarding school named Bryanston School. He studied Biology, Chemistry and Physics in his A-levels. Although he wanted to study medicine for his future, it was his mother who once won Miss Sri Lanka competition; intervened in the path of Nigel’s Biography. She put him into a television based model contest where Nigel eventually got into finals. From that moment on, he became a young model who started modeling in different cities in the world.

After some professional modeling, he decided to open a photography studio. It was called Studio NB and it was located at Manhattan. His photography career was also very successful. Big brands like Sony, Ford and Lexus were among his regular clients. The famous reality show America’s Next Top Model was the show where he got his international fame. He was a judge on that show for 17 cycles. He appeared in many tv shows as guest, host or judge. He had a secret desire to be a director and for that he directed a number of productions such as A Sealed Fate, Generation Free of HIV etc. His career is enriched with experiences of being a spokesperson of Microsoft, Sony, Nine West and Crest White Stripes. Being such a nifty guy was not enough for him. He wrote a book on beauty in 2010. The name of the book was: Nigel Baker’s Beauty Equation: Revealing a Better and More Beautiful You. The book was about finding one’s inner beauty in order to influence one’s outer beauty. He is just an enigmatic man achieving so many successes in so many platforms. Very few people on earth have become so successful in so many sectors of art and culture.

He married Crissy Barker in 1999. He and his wife have two children named Jack and Jasmine. His net worth is sky high amount of 35 million dollars. His online social life in Twitter and Instagram is also very happening. In Twitter, he has 168 thousand followers. He feels that it was his mother who engineered his path of the life which is so fruitful. The secret of his success does not lie only in his good looks. He is a person who has a brilliant mind and restless stamina for chasing his dreams. At the age of 43, he is still conquering and exploring his passions. He has a cute dog named Memphis.