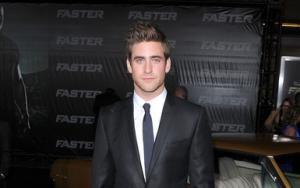 Oliver Jackson-Cohen was born on 24 October 1986 in London. He was born to a fashion designer mother Betty Jackson and David Cohen who is the business partner of his mother. His father is of French descent so Jackson went to a French school in his childhood days. He went to Lycée Français Charles de Gaulle which is situated in London for his primary schooling. He has a French accent since he did his schooling in French.

When he completed schooling he was advised to not take acting as a career but he did exactly that and left further studies. His dream was to attend the drama school in New York so he started going to the auditions. He hired an agent and put his higher study on hold to pursue his dream of becoming an actor.

He enrolled himself in the Malisa Theatre Academy where he met Michael Luggio. He was very much impressed by Michael and his acting skills. He once said that he had never met a person like Luggio before and that Luggio had the best teaching methodology in which he made students get rid of all the fear that they had. Oliver later started attending the Youngblood Theatre Company on the weekends to get an acting job. His hard work soon paid off and he was given a small role in Hollyoaks. Oliver was just 15 at this point in time.

In 2007 he was given a role in the TV series The Time of Your Life. A year later he was cast as Phillip White for a show on BBC called Lark Rise to Candleford. The same year he also got a chance to appear in the Bonekickers. He also appeared as Marcus in the short movie The Rooftopsmiths. In 2010 he appeared with Drew Barrymore in the movie Going The Distance in which he played Damon.

The same year he got a chance to work with Dwayne Johnson in the movie Faster. This was the biggest role of his life till date. In 2011 he played Prince Williams for the comedy show Funny or Die. He played Ralph in World without End in 2011.

In 2013 he got a chance to play Jonathan Harker in the NBC TV series Dracula. The next year he played Misha in the movie Despite The Falling Snow. In March the same year, he played James in the drama series The Great Fire. His movie The Healer is in production and is expected to release at the end of this year.

Oliver is a very handsome looking man with a great hair. He doesn't have a wife yet as he's not married. He has a girlfriend, though, her name is Jessica De Gouw. Being 6ft 3in Oliver is a tall and handsome guy and he gives the credit of being healthy to yoga which he does on a regular basis. He has a very decent bio for a 29-year-old actor. His net worth is estimated to be around $3, Million. His fans can contact him over Facebook and twitter and his biography can be read on Wikipedia as well as on IMDB.

FAQ: How old is Oliver Jackson-Cohen?

FAQ: What is Oliver Jackson-Cohen networth in 2020?