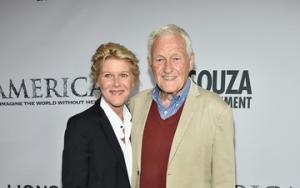 Orson Bean was known as an American actor and writer. He was most famous for his stage appearances and hosting To Tell the Truth.

Orson Bean was born on July 22, 1928 in Burlington, Vermont. His parents are Marian Ainsworth and George Burrows. He did his primary schooling at Cambridge Rindge and Latin School. He is the first cousin of a former President of the United States of America, Calvin Coolidge. Bean was in the United States Army during World War 2 and was stationed in Japan from 1946 to 1947.

Orson Bean has been married three times in his life. His first wife was actress Jacqueline De Sibour, to whom he married in 1956. Their relationship lasted for six years before they got a divorce in 1962. Together they had only one child.

His second wife was Carolyn Maxwell, whom he married in 1965. The end of their married life happened in 1981. During their marriage, Bean and Maxwell gave birth to three children. The names of their three children are Max, Susannah, and Ezekiel.

Twelve years after his divorce from his second wife, he got married to actress, Alley Mills. In spite of the twenty-three year age difference between them, they got married in 1993 and lived in Los Angeles during most of their relationship.

After the end of World War 2, Orson Bean changed his path towards an acting career. In 1952, Bean appeared as the guest on NBC Radio’s jazz series “The Chamber Music Society of Lower Basin Street”. He was also frequently invited as a guest on “The Tonight Show”. His golden era in his acting career was when he became a regular panelist on the well-known TV show “To Tell the Truth”. After his popularity started to rise, he made guest appearances on several other game shows including “Super Password” and ”Match Game”.

Orson Bean also appeared in various movies including Innerspace (1987) and The Hobbit (1977). Also skilled in writing, Orson Bean wrote his own autobiography

Even in his old age, Orson Bean was able to impress the audience through his performances. He appeared in few episodes of the television series 7th Heaven. He also appeared playing short roles in well-known TV sitcoms like “Two and a Half Men” and “How I Met Your Mother”. For Orson Bean, his passion for acting did not decrease in spite of his growing age. Still carrying on his entertainment career, Orson Bean was a regular guest on the Dennis Miller Radio Show since 2008. Bean’s net worth was estimated to be $4 million.

FAQ: How old is Orson Bean?