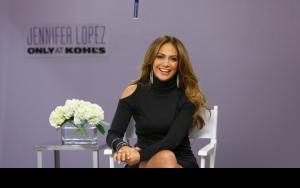 Carolyn Maxwell is a well-known actress and businesswoman who made a name for herself in the fashion industry. Aside from her professional accomplishments, the actress is also recognized for being the second wife of Orson Bean, the legendary entertainment mogul. She is most famous for her roles in Gas and Black Mirror.

Carolyn Maxwell was born in 1945. Starting from her childhood, Carolyn had always been passionate about fashion and design. Carolyn's mom was not very supportive of her desire to attend a fashion school. She insisted on Carolyn attending Hood College, where she could focus on liberal arts. At Hood College, Carolyn studied for two years. She majored in Home Economics and learned a lot of domestic skills like sewing.

After graduation, a lot of related opportunities appeared for Carolyn. A friend once asked Carolyn to make her wedding dress and her bridesmaids' dresses. Foxridge Sportswear also tasked Carolyn to design a bunch of leather sports attire. In landing all the deals, Carolyn gained more customers, and most of them came by recommendations from previous customers that were delighted with their results.

In her early days, Carolyn lived in a tiny apartment that was located on Park Avenue. Her apartment doubled as a workplace. Carolyn once stated that she could sew for hours without getting bored.

Carolyn is the former wife of an actor Orson Bean; she met him when she designed a dress for his three-year-old daughter, Michelle. Carolyn was his second wife. After Bean ended his first marriage with Jacqueline de Sibour, he started dating Carolyn. Orson Bean was not famous when they were initially dating. He was just a minor stage actor at that time. They got married in 1965 after a few loving years of their relationship. They have three children together who were named Ezekiel Bean, Max Bean, and Susannah Bean.

After their marriage, they started to develop a need for culture. They wanted to expand their horizons outside of America and decided to make a move to Australia. It ended up being a mistake because that's when their conflicts and arguments started to increase. Bean couldn't hold back his desire for other women and pressured Carolyn to allow him to see other women on the side. She refused his request, so he started to have affairs behind her back. The lying and cheating only increased the tension between them. Besides the adultery, another major issue hit their relationship. They believed that someone put a curse on them and caused black magic to hurt their sun. They decided to move back to America to get away from the curse. In Los Angeles, they felt a cure that removed the black magic from their son.

A lot of issues made it difficult for Carolyn and Bean to stay together. They decided to get a divorce in 1981 after 16 years of marriage. Their daughter Susannah died in 2012. Her death was a source of significant grief for the family.

Carolyn only acted in a few TV shows after their divorce. The separation also caused Bean to go into depression. He started doing drugs after splitting from Carolyn. He was able to recover from his drug addiction and get his life together. His acting career took off after he quit doing drugs.

Bean acted in many TV shows and wrote several books. One of his famous books is Me and The Orgone, which was about his life and Orgone therapy. Bean was a favorite guest on many talk shows. He was a regular member of many celebrity talk shows. He married a woman named Alley Mills in 1993 and built a happy life together in Los Angeles. Carolyn did not marry again after her divorce from Orson Bean.

FAQ: What is Carolyn Maxwell networth in 2020?