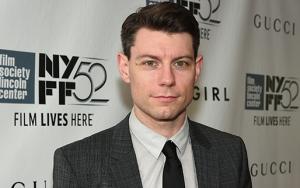 Patrick Raymond Fugit is an actor of American nationality and he is well known because of the role he had in the movie Almost Famous of Cameron Crowe. He had also appeared in the supporting role of the movie Gone Girl. He started his acting role while in high school and he played the role of shoe maker in the show The Twelve Dancing Princess. Afterwards he continued in his acting career and got roles in different episode of Touched by an Angel and Promised Land that were aired by CBC. In the same year he played on Fox on Legion Fire: Killer Ants.

Fugit was born in Utah her mother is Jan Clark- Fugit, a dance teacher and her father Bruce fugit an electrical engineer according to his biography. He is the oldest child in family of three children his sister is Jocelyn and a younger brother called Colin. While in high school he was diagnosed to suffer ADHD. He  started to skateboard when he was 15 years old and when he was playing Saved the character had to be changed from the surfer to a skateboarder because of the experience he had in skateboarding.

Patrick Fugit is a member of a band with his friend David Fetzer and they call it Mushman. It is a band that was formed by accident and he plays guitar and also sings. The band is a mix of both rock and folk. He is learning to play flamenco guitar. Fugit became famous when he played as a rock fan turned reporter in the movie Almost Famous.

After playing in the role he said that he did not know anything about the rock of 70s. He is a talented and handsome actor who was born in the year 1982. By now he is not married and he is not dating any person it is said he is more interested in making his name in show industry and dating can come after sometime. His net worth is 500 thousand dollars. His fans can follow him on both twitter and Instagram. He has visited and went to many places because of his acting. After playing in almost famous his fame became instant.

He has played in many movies including playing the sweetly geek and aspiring comic book artist called White Oleander. He was naïve and drug addict in the Spun which is a dark comedy.  In Saved, the movie was a satirical look for the religious right while in a high school. He was playing a cool and a young skateboarder who is a son of a pastor and his love interest became pregnant. It was a popular teen who had to re-evaluate her positions when it comes to moral. In the year 2005, he was the co-star of The Amateur which was an independent comedy on the sleepy town that decided to make a porno movie. He also played in We Bought A zoo movie.

FAQ: How old is Patrick Fugit?

FAQ: What is Patrick Fugit networth in 2020?