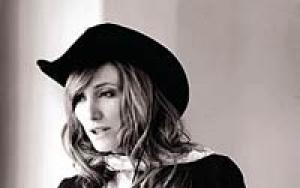 Patti Scialfa is known as an American singer, guitarist, and songwriter. She is most famous for being married to Bruce Springsteen.

In 1984, Patti Scialfa joined the E Street Band with lead singer Bruce Springsteen. Some of their top hits are "Born in the USA" and "Waitin’ on a Sunny Day".

Patti Scialfa got married to her husband Bruce Springsteen in 1991. She first met him in a bar in the 1980s. Bruce had just got separated from his wife and was not able to get over his divorce until he met Patti. Bruce and Patti started living together very soon, even before Bruce’s separation was finalized.

She gave birth to his daughter before their marriage. She got married to him when she was four months pregnant and her first daughter was just a year old. They had their third child after three years.

In 2010, Bruce was reported to be involved in an affair with a married woman. The woman, Ann Kelly was married to a mortgage broker. He first met Ann in 2005 and gifted her with luxurious gifts and talked her into a romance. The relationship started during a gym session and then, soon, they got involved with each other more often. When Ann’s spouse came to know about her secret boyfriend, he filed for a separation. It was said that when her spouse was in the hospital with heart problems, she was enjoying her time with Bruce.

Even with strong evidence, Patti never believed that Bruce had a secret girlfriend. She considered every story she heard about him cheating to be a rumor. Ann’s former spouse, Arthur Kelly said that Ann once said that Bruce used to stand on the end of the treadmill when she worked out and would hit on her by saying that she was the best looking out of all the ladies in the gym.

Ann even told her mother in law that it was nice to have Bruce interested in her. Arthur also showed a phone message from Ann’s friend who was spying on Bruce for her. Patti still did not believe any of the news. There was also another message from a different friend which stated that Patti would be out of town for a few weeks. Yet, there were no comments from Patti as she was being questioned by the gossip media.

The news about this relationship spread all over the city and Ann’s father wanted her to quit her gym sessions to avoid getting harassed by the paparazzi. However, her relationship with Arthur was already dead. They tried counseling, but, things did not work out.

Even after her father forbade her from attending the gym and the counseling sessions were focused on her relationship with Bruce, she still had a romantic relationship with him. There were cards sent to Ann on Valentine’s Day without any name but everyone knew it was from Bruce.

Bruce gave her tickets for his concerts and she said to her mother in law that she felt that Bruce was singing to her. Even when Arthur was having open-heart surgery, she was having dinner with Bruce in a restaurant. Arthur also had a witness who confirmed that Bruce and Ann were kissing in the parking lot. He said that Ann admitted that she had a relationship with Bruce. Still, Patti stood by her husband's side and stayed married to him.

FAQ: How old is Patti Scialfa?

FAQ: What is Patti Scialfa networth in 2020?