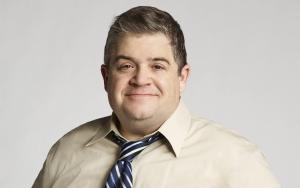 Patton Peter Oswalt was born on January 27, 1969 in Portsmouth, Virginia. He is known for being an American stand-up comedian, actor, voice actor and screenwriter. His most famous role was when he played Spencer Olchin in the sitcom, The King of Queens which aired from 1998 to 2007. He played the smart mouth brother of the lead character.

His voice is also famous for playing the rat, Remy in the animated film called Ratatouille. During his comedy career, he has released six stand-up comedian specials. He is also an award winner who has won the Primetime Emmy Award for Outstanding Writing for a Variety Special.

Who is Patton Oswalt ex-wife?

Oswalt married true crime writer and journalist Michelle McNamara on September 24, 2005. They had one daughter together, Alice, born in 2009.

Who is Patton Oswalt married to now?

He was confirmed to be engaged to actress Meredith Salenger in July 2017. They were married in November 2017

What nationality is Patton Oswalt?

Patton Oswalt is an American national.

FAQ: How old is Patton Oswalt?

FAQ: What is Patton Oswalt networth in 2020?